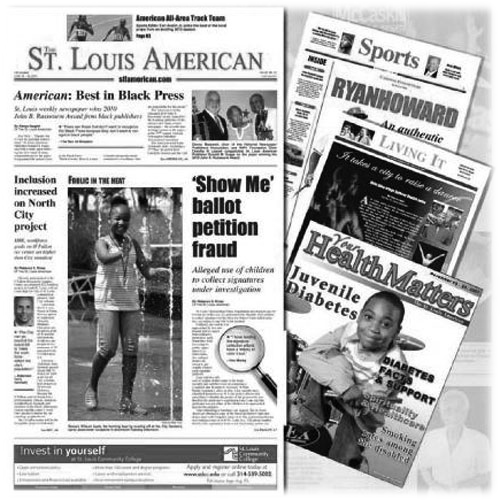 The St. Louis American is Missouri’s most widely-read weekly newspaper targeted to African Americans, publishing more than 68,000 copies every week and distributing to more than 750 locations throughout the city. The American gives African Americans in the St. Louis metropolitan area a credible voice. Nearly half the black households in this bi-state area rely on the American for important and relevant information about news, religion, entertainment, sports, health care and other topics from an African-American perspective. The paper won the National Newspaper Association’s Russwurm Award in 2002 as the number one African-American newspaper in the United States. This marked the fourth time in the past ten years that the American was named the nation’s best for journalistic excellence by its peers.