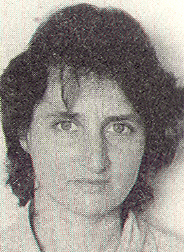 Susan Meiselas is world-renowned for her work at Magnum Photos. She has been on staff there since 1976, and her coverage of hostilities in Central America during the insurrections have been widely published throughout the world. Articles include those from The New York Times Magazine, the London Sunday Times, Time and Paris Match. In 1979, the Overseas Press Club presented Meiselas with the Robert Capa Gold Medal for outstanding coverage and reporting in Nicaragua. Two of the photographic essays have resulted in books: Carnival Strippers (1976) and Nicaragua (1981). Recently, Meiselas served as an editor and contributor to the book El Salvador: The Work of Thirty Photographers and has co-edited with Chilean photographers the book Chile From Within.