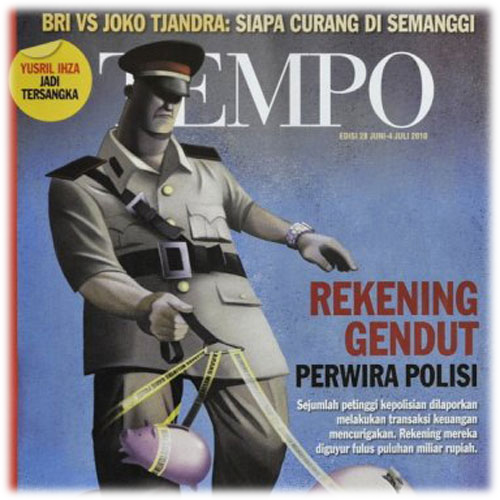 TEMPO magazine has survived despite persistent attempts by the authoritarian Indonesian regime to eradicate it. TEMPO was founded in 1971, a truly independent, non-government organization outside the control of the state. The publication exemplified the best of a free democratic press, providing a venue for an open expression of ideas and opportunities to discuss economic reform and political stability. In time, TEMPO’s opposition to the intellectual repression and sloganeering of an authoritarian regime would prove too influential for the bureaucrats to ignore. Its journalists would be arrested and imprisoned, and the publication was ultimately banned. Today TEMPO is a magazine that the government could not kill, a magazine with a voice that could not be silenced. The spirit of the publication is one that has been kept alive by journalists and citizens who demand the truth.