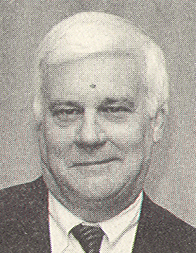 The Washington Missourian was started in 1860 as the Franklin County-Gazette and received its current name in 1926. The Miller family has owned the bi-weekly newspaper since 1937. The Washington Missourian employs about 135 full and part-time workers and has a combined circulation of more than 26,000. currently, John, Thomas and William Miller own the Missourian Publishing Co., which prints the newspaper. John contributes to the commercial printing and modernization of community newspapers. Thomas, acting as advertising director, is characterized by award-winning advertising programs with a keen attention to civic affairs. Editor since 1957, William has made a vital contribution to community responsibility and publishing for more than 40 years. In recognition of its contribution to community responsibility and leadership, the Washington Missourian has won many awards over the years including first place awards in National Newspaper Association contests, the 1994 Missouri Gold cup award and a General Excellence Award.