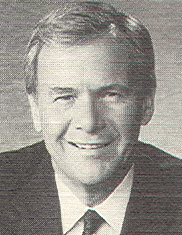 Tom Brokaw, anchor and managing editor of NBC Nightly News with Tom Brokaw, has reported late-breaking news stories since 1962. The sole anchor of NBC’s nightly newscast since 1983, he has earned the trust of 14 million viewers. Through the years, these viewers have seen him anchor the news from across the globe, from rooftops in Beirut to the Great Wall in China. He has covered every presidential election since 1968. In addition to his position at the Nightly News, Brokaw serves a contributing anchor for Dateline NBC and a program host for MSNBC Cable.