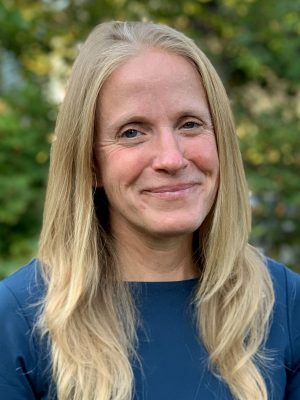 Lisa Krantz is a Ph.D. student and teaching fellow at the Missouri School of Journalism with an emphasis on media sociology and visual journalism. Her research interests include the impact of traumatic images and coverage of traumatic events on people in front of the camera, behind it and viewers. She is also exploring the prevalence of PTSD and the effects of secondary and vicarious trauma on community journalists.

Lisa recently completed a year-long fellowship with the Nieman Foundation for Journalism at Harvard, studying the intersection of journalism and trauma. At Harvard, Lisa decided to pursue the path of research and education in hopes of making a greater contribution to the profession of journalism. She has a psychology degree from Florida State University and an MA in photography from Syracuse University’s S.I. Newhouse School of Public Communications.

Her work as a photojournalist regularly receives peer-reviewed international recognition and publication. In 2018, Lisa was named a finalist for the Pulitzer Prize in Feature Photography for the story of Rowan Windham, a 10-year-old who inspired others with his positive outlook on life despite battling a rare, incurable disorder. She was also a finalist in 2015 as part of a photo team entry on the Central American immigration crisis. Her work has been recognized by Mizzou’s own Pictures of the Year International (POYi) contest including the Community Awareness Award, second place Newspaper Photographer of the Year in 2019 and third place Newspaper Photographer of the Year in 2010 & 2015. She has twice received both the ASNE Photojournalism Award and the Scripps Howard Award for Photojournalism. World Press Photo, NPPA’s Best of Photojournalism and PDN Photo Annual have also recognized her work. She is a three-time NPPA regional photographer of the year.

When not reading, researching, teaching or photographing, Lisa can be found running on trails around CoMo or spending time with her husband, Jay, and their two greyhounds, Lulu and Ricky, at their home in San Antonio, Texas.