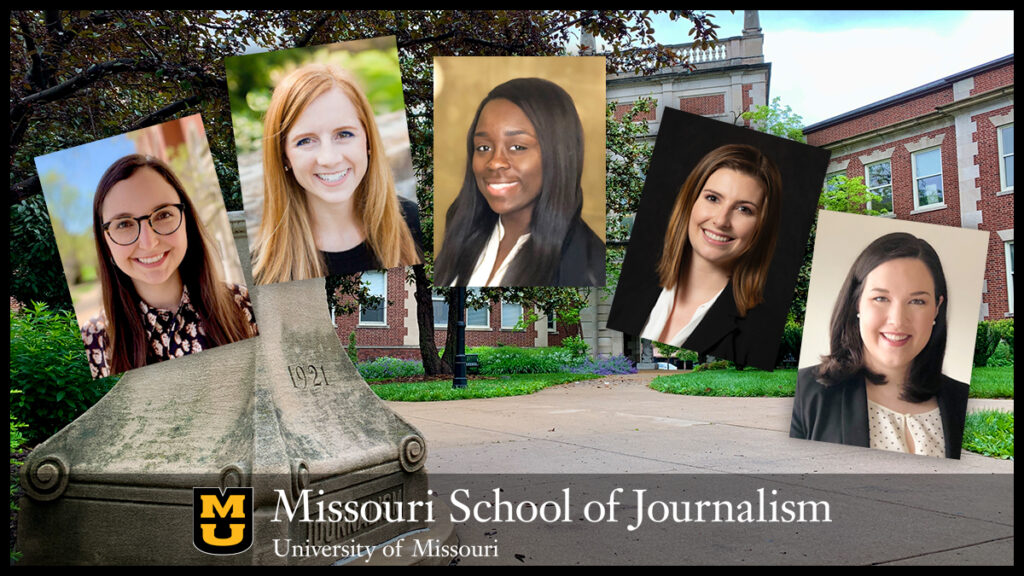 Columbia, Mo. (June 7, 2021) — For some students, a degree in Strategic Communication is the end goal. But for others, they take what they learned in undergrad at the world’s best journalism school and apply it to a future career in law.

Just like how every student comes to choosing their major in a slightly different way, the decision to pursue law school also has many routes. For Peyton Rosencrants, BJ ‘17, law school was always the plan. When selecting what to study for her undergraduate degr, she decided that the writing, editing and strategic thinking skills she would learn through majoring in journalism with an emphasis in strategic communication would best prepare her for law school.

“I was scared that one day I would wake up and not want to go to law school anymore,” Rosencrants said. “Compared to a lot of the other majors that people do in preparation for law school like political science or history, I felt that strategic communication lent itself best to other career options.”

Other strategic communication graduates decided on law school after a few years working in the industry. Carolyn Welter, BJ ‘16, came to the University of Missouri for the journalism school. She double majored in political science and toyed around with the idea of law school for a bit. But, because of the financial commitment of law school, she decided to enter the workforce first. While working for an advertising agency, she had clients she loved like Big Brothers Big Sisters of America, but she discovered she wanted to dig deeper into social issues than what advertising could offer her.

“I’ve spent a lot of time acknowledging my privilege and opportunities,” Welter said. “I saw law school as a great way of putting myself in a better position where I could help make systemic changes and use my privilege for good.”

Jasmin Hampton, BJ ‘19, first became interested in law school after taking the J4000 Communications Law class. When she didn’t find her first agency job after graduating completely fulfilling, she gave law school another look. She missed academia, and how she was always pushing to learn more. As a Black woman, she wanted to make a bigger impact on her community. The timing of the pandemic sealed her decision to go back to school.

“Only 5% of lawyers are Black, and that percentage is even smaller for Black women,” Hampton said. “I think it’s really important to show up in a space where Black women aren’t represented and to do good work.”

Hampton wasn’t the only one influenced by the pandemic. Ashley Cox, BJ ‘20, was deciding during her senior year between a career in the advertising industry and law school. She ultimately decided it was the perfect time to continue her education and build on her degree.

“I always joke around with people and say I just didn’t want to be an adult, so I continued on in school,” Cox said. “But, I realized I really like to answer questions for people and that’s what I was doing in strategic communication with clients. Being a lawyer is pretty similar with clients coming to you with problems. You have to do research and creatively find a solution for them.”

Elizabeth Berg,  BJ ‘18, said the competitive environment of the journalism school prepared her for a similar environment in law school. Her ability to write succinctly, communicate well internally — as well as with front-facing clients–gave her an added edge.