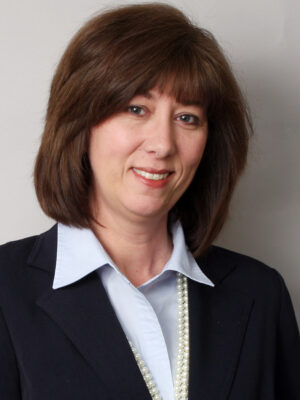 Barbara Galán graduated from the Missouri School of Journalism with a bachelor’s degree in journalism. After working in the advertising department at Macy’s in downtown Kansas City, she moved to Madrid, Spain, where she held several positions in advertising sales and writing. Galan married in 1984 and spent several years in Rota, on the southern coast of Spain before returning to Madrid. In 1996 she accepted a position with the Institute for International Research (IIR) as a conference producer. In 1999, after a three-month interim management position in Buenos Aires, Argentina, with IIR, Galan returned to Madrid and shortly afterwards was named division director. In 2008, Galan returned to Kansas City to be closer to her family, working online with IIR until January of 2009. From March 2009 to October 2013 she served as the marketing coordinator for Environmental Mechanical Contractors, in Olathe, Kansas. In November 2013, Galan joined Black & Veatch, a global engineering firm, as a marketing and communication specialist. She has two children: James, who lives and works in Spain, and Sophie, a middle school student in Overland Park, Kansas.