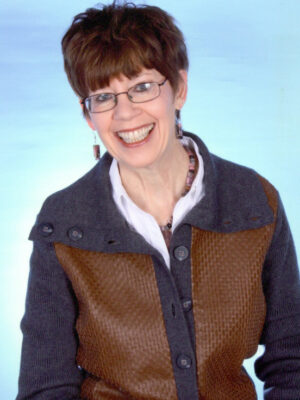 In 1966, Carol (Werneck) Carter, BJ ’70, joined older brother Allen during his senior year at the University of Missouri. She wasn’t exactly sure what she wanted to do. During her first semester, her degree took a short detour through the theater department. Theater sounded fascinating, and it brought her back to her junior high school days when she took the reins as president of the drama club she helped found.

When Carter’s parents caught wind that their daughter was pursuing a degree in theater, they were wary of her decision. They didn’t believe that theater offered a lot of promise in terms of achieving a good living. That’s why they asked her older brother to try to convince her to do something other than theater.

At the time, Carter says she may not have appreciated the wisdom of her parents. However, it was not long after she entered the workforce that she recognized the many benefits that her Missouri School of Journalism bachelor’s degree gave her.

Although she had deeply enjoyed theater, the skills she learned in the department were not the ones she used to become a vital force behind the creation of business journal start-ups across the country. But the J-School experience of learning-by-doing, coupled with a strict and knowledgeable professor, G. Thomas Duffy, made Carter’s career successful despite the ever-changing landscape of journalism and her role in the process.

“In every way imaginable, my opinion is when you graduate from Mizzou, you are prepared to go to work,” said Carter.

The Newsroom as an Incubator

To prepare students like Carter for the real-world reality of a newsroom, the Missouri School of Journalism puts students into the existing newsroom at the Columbia Missourian, a news organization directed by professors and staffed by students.

One of Carter’s most vivid memories of her time at Mizzou was when she decided to work at the Missourian during the summer intercession of her junior year. Carter worked under the supervision of G. Thomas Duffy on the city desk.

“Mr. Duffy knew the business, and he was really good at what did,” said Carter. “He demanded that you do a good job, that’s why it was kind of scary working for him.”

Duffy was the kind of professor who didn’t have a ton of formal education, but he had a wealth of first-hand experiences that helped students develop into independent reporters, says Carter.

The nature of reporting for the Columbia Missourian on the night-side staff requires a quick turnaround on stories in order to meet evening deadlines so subscribers receive their morning paper on time.

Carter stopped by the newsroom in the afternoon before each one of her intercession shifts started. The reporting staff did this to receive their assignments and prepare materials before they spoke with sources. Carter’s assignment that night was to cover the city budget hearing, an important topic for the city desk. Little did Carter know, but Duffy had saved a spot for her story on the front page of the next day’s paper.

After attending the budget hearing, Carter quickly returned to the hectic newsroom to recap the story for the morning paper. It wasn’t long after that Duffy walked over to Carter clanking away on her Royal Grey typewriter. The open environment in the newsroom made it hard for the staff to ignore what happened next.

As Carter attempted to summarize and pitch her angle on the budget hearing, Duffy, an old-fashioned and seasoned reporter, stopped her and gave her a lecture that she never forgot.

“I was mortified,” said Carter. “Mr. Duffy dressed me down in front of the entire newsroom, because I didn’t check the news morgue carefully before going to cover the story.”

The rest of the staff quickly scurried about the newsroom. All of them walked away with an important piece of advice: do your research.

As a consequence for not delivering the story Duffy expected, he made Carter finish the piece and rewrite it as an exercise. The whole next day, Carter toiled in the Columbia Missourian morgue learning everything she could about Columbia’s annual budget hearings.

Carter’s original article ran the next day, but the far superior rewrite, one that surpassed that of the Missourian’s competitor, The Columbia Daily Tribune, was not published.

“I learned a valuable lesson and never again failed to do my homework before going on an assignment,” said Carter.

After that experience, Carter spent the rest of the intercession checking the news morgue every afternoon. Before she went out to interview sources or start writing, she went to Duffy’s office to go over all of the information she had found on any given topic.

At the end of the semester, Carter knew she had arrived with Duffy.

“After I finished up my last assignment, I went in to tell Mr. Duffy that I was finished with intercession and he became a whole different person,” said Carter. “He told me that I had done a very good job and that he was very proud of me.”

In 1970, after a few more semesters of upper-level courses writing and editing for the Columbia Missourian, Carter graduated with bachelor’s degree in journalism.

Evolution of Journalism and Carter’s Career

The key theme in Carter’s career was openness to new ideas. She never limited herself to one opportunity or genre of journalism. Early in her career, Carter freelanced for a couple of papers and even took a small part-time position in Atlanta with WXIA-TV’s daily lifestyle program, because she wanted to see if broadcast was a good fit for her. Carter also worked for a food trade publication, Shelby Report of the Southeast, editing content for food industry enthusiasts.

Carter felt she needed to change gears again after working for the Shelby Report for a few years. The content of the industry-centric publication was not stimulating enough to her.

In 1978, a perfect opportunity fell into her lap. While she was in the newsroom at the Shelby Report, the printer told her that they were starting a local business newspaper in Atlanta. Carter seized the opportunity and became a founding member of the Atlanta Business Chronicle.

At the time, business news was covered with a national focus. Professionals all over the country, including those from Atlanta, solely depended on news outlets like Barron’s and the Wall Street Journal for all their business information. The local Atlanta business scene was mostly private businesses and corporations but included some publicly traded companies such as Delta Air Lines Inc. and the Coca-Cola Company.

As always, Carter pulled from her experiences from the Columbia Missourian newsroom. She reached out to each company in order to build relationships with the Atlanta business community cultivating her contacts as both sources and readers.

Striking Out on Her Own

After her 18-year tenure at the Atlanta Business Chronicle, Carter retired from the organization and began freelancing for more than 10 organizations. After a friend mentioned another editing opportunity, Carter inquired about a position with another start-up organization–Womenetics.

Since 2009, despite her other commitments, Carter serves as the managing editor for Womenetics. Womenetics is more than just a magazine — it serves as a community for professional women. In its first year, the site was so successful, ForbesWoman recognized it as one of the Top 100 websites for women.

The site serves as a business platform that is focused on developing future leaders. The publication explores how women can shape the world today through their influence on the economy, health, work, wages, politics, social issues and education. Womenetics even recognizes successful career women through their POW! Awards. The awards acknowledge women who forge ahead and help inspire other women in the business world.

Reflecting on Her Career

As Carter’s family reflects on the many accomplishments, they are pleased by everything she has achieved in her career.

“My parents are very proud and happy with what I have done,” said Carter.

This avid editor and journalist, even though she once had her eyes set on theater, never goes a day without remembering her alma mater and the knowledge gained through her faculty mentors like Duffy.