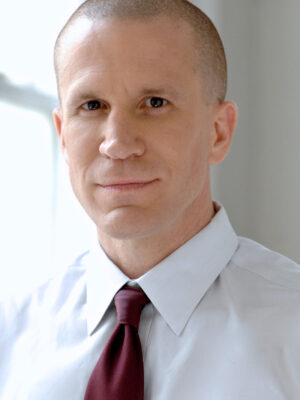 Jason Stallman, BJ ’97, put a lot of faith in his older brother. Jason was a sophomore studying abroad in London, and he asked Scott, a senior at the University of Missouri, to register him for the next semester’s classes. This was in the days before online registration, and students needed to physically visit with advisers to fill out the course paperwork.

Scott knew that the Missouri School of Journalism had a top-notch reputation and took the liberty of enrolling Jason in journalism courses. It was a good fit, and he graduated in 1997 with a bachelor’s degree in print journalism.

Fast forward about 15 years, and Stallman was named sports editor of The New York Times in February 2013. Much has happened since his first semester in the Missouri School of Journalism.

“The whole world of journalism was not something that I had ever studied or been introduced to, so every class was new and interesting,” he said.

For his first Columbia Missourian assignment, sports editor Greg Mellen assigned Stallman to write a profile about a wrestler from Hickman High School.

“I truly had no idea what I was doing,” Stallman said. “It would be as if someone asked you to fly a plane tomorrow.”

His four short paragraphs did not impress Mellon, who informed Stallman he had expected an article in the 800-900 word range. There were similar experiences with other stories, efforts that Stallman describes as “quite putrid.” All of this helped him discover his call to be an editor.

Stallman says the job market was bleak when he graduated, so he did freelance work for the St. Louis Post-Dispatch to gain clips for his portfolio. Soon after, Stallman started a copy editing position at the Arizona Daily Star, which was owned by the same company as the Post-Dispatch at the time. Stallman returned to St. Louis less than a year later and edited for the Post-Dispatch for the next five years.

“I absolutely love what I’m doing right now, and I can’t imagine wanting to do anything different,” Stallman said.

Stallman played tennis at Windsor High School near his hometown of Barnhart, Mo. He grew up a fan of the Cardinals and Mizzou Tiger athletics but does not consider himself obsessed with all-things-sports. Stallman is more interested in the issues that arise when sports and culture mix.

“I gravitate to sports stories that transcend the field of play—things that are at the intersection of sports and something else, such as politics, science or medicine,” Stallman said. “I find those issues fascinating because it affects and interests more people than just sports fans exclusively.”

“I gravitate to sports stories that transcend the field of play—things that are at the intersection of sports and something else, such as politics, science or medicine,” Stallman said. “I find those issues fascinating because it affects and interests more people than just sports fans exclusively.”

Stallman calls his job at the Times as an almost make-believe situation.

“We have this collection of immensely talented journalists, and we come in every day thinking of what is really interesting, what our readers would like to know about, and we do it in the most ambitious and aggressive way possible,” he said. “That’s what we are empowered to do, that’s what is asked of us, and I don’t think you could invent a more ideal job as a journalist.”

One of Stallman’s reporters, John Branch, won the 2013 Pulitzer Prize for feature writing for the article, “Snow Fall: The Avalanche at Tunnel Creek.” Stallman describes the piece as having all the characteristics of a compelling man vs. nature tale. It’s the tragic tale of 16 skiers and snowboarders who fought for their lives when an avalanche engulfed Cowboy Mountain in the Cascades of Washington.

The Pulitzer citation reads: “Awarded to John Branch of The New York Times for his evocative narrative about skiers killed in an avalanche and the science that explains such disasters, a project enhanced by its deft integration of multimedia elements.”

Snow Fall merged writing with videos, photos and interactive graphics. The goal, Stallman said, was to harmonize an imaginative display of the incident. The group chose to travel down the back of the mountain that is not an official part of the ski resort. Skier Jim Jack, who was the seventh in the group to attempt the descent, triggered the avalanche. Four people were swept into the cascade that took them 2,000 feet to the bottom of the mountain. Only one of the four survived.

Stallman and his team were able to record the disaster using innovative journalism techniques. He recognizes that integrating various forms of technology into his stories are what interests people today, a lesson he learned as a Missouri School of Journalism student.

“It was an exciting time,” he says of his time at the School. “The industry was changing so radically, and everyone sensed that.”

When Stallman reported for the Missourian, the Internet was just becoming an aide to journalists. The Snow Fall project helps him gauge how much things have changed in roughly 20 years.

“Everything we are learning right now is going to be so different by tomorrow or five years from now,” Stallman said.