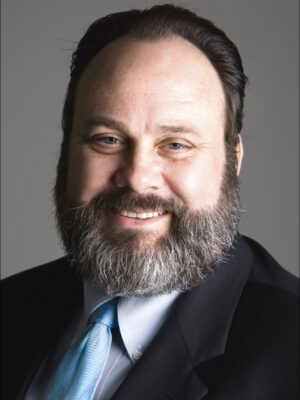 Robert Picard, PhD ’83, has spent the past three decades investigating how economics and policies affect the media industry and what to do about it. He now carries out that work as a professor at the Reuters Institute for the Study of Journalism at University of Oxford.

Now considered a founding father of the field of media economics, Picard’s interest was originally sparked by the transatlantic wave of newspaper deaths in the 60s and 70s while he was earning his master’s degree at California State University-Fullerton.

His passion was then channeled further as a doctoral student at the Missouri School of Journalism. Then, Picard spent his days similarly to many students – discussing ideas with faculty and colleagues, attending classes and completing homework, relieving stress at Henry J’s, collapsing into bed and then doing it again the next day.

“Pretty much the same, but with less stress, less time in pubs and better wines,” he says. “I continue learning and keep testing what I think I know. There are always new questions to ask and investigate. Those practices define and bring pleasure to my life.”

Picard was working as an editor in California for the Ontario Daily Report when he decided to attend the University of Missouri, an “obvious and very comfortable choice” because it “blends rigorous academic training and a concern about professional issues and practices,” he says.

He and his peers succeeded in securing the first office space for doctoral students: a windowless, empty storage room in the underground passage between Neff and Walter Williams halls.

There were fewer graduate students researching journalistic issues at the time, so their bonds with each other and the scholarly faculty were strong, Picard says, before easily identifying nine of his professors and which of their classes he took. He was particularly inspired by Paul Fisher’s controls of information classes and John Merrill’s international journalism and ethics seminars, which he says taught him to think critically.

Keith Sanders, who served as chair of the School’s news-editorial department and as interim associate dean for graduate studies, served on Picard’s dissertation committee. From the first time Sanders met him, Picard’s interest in media economics was apparent, he says.

“He was looking at causes and effects, while other people were only tabulating numbers on revenue,” Sanders says. “Picard was interested in the big picture, the macro-level approach.”

He says that by the mid-90s, all of the predictors indicating the decline of the newspaper industry were revealed, but journalists weren’t paying attention because they were still profiting.

“We could tell what was coming, but very few of them prepared,” Picard says.

Because of the links between media economics and government policies, Picard also has studied media policy at the University of Pennsylvania‘s Annenberg Washington Program in Public Policy and was a fellow at the Joan Shorenstein Center on the Press, Politics and Public Policy in the John F. Kennedy School of Government at Harvard University.

I have not run out of questions to ask,” he says. “There’s always something exciting to study. We want to support certain outcomes with our research, such as local coverage for civic engagement or investigative reporting.”

His expertise stands out among the journalists and scholars who have only recently begun to examine media economics and policy as a result of the industry crises of the past decade. He is listed in “Who’s Who in the World,” “Who’s Who in America,” “Who’s Who in Education,” “International Authors and Writers Who’s Who” and “Contemporary Authors.”

Picard credits his success partly to his time management skills, “a little bit of overwork” and his ability to delegate, but also to his everlasting curiosity.

“I have not run out of questions to ask,” he says. “There’s always something exciting to study. We want to support certain outcomes with our research, such as local coverage for civic engagement or investigative reporting.”

Picard has authored 27 books, including “The Economics and Financing of Media Companies” and “Press Concentration and Monopoly: New Perspectives on Newspaper Ownership and Operation.” He also is the founding editor of the two leading journals in the field, “Journal of Media Economics” and the “Journal of Media Business Studies.”

He says the biggest challenge to producing workable revenue streams is that the traditional offerings and practices of news and information developed when newspapers had local monopolies and audiences had fewer choices among media and other information channels, an advantage no longer present in the digital age.

“News organizations have to review their choices of news and information, how they gather and present it, and how they add both social and economic value that others cannot,” Picard says. “If they get that right, money will follow.”

Picard has traveled to 54 countries, including every major country in the world and smaller ones such as Colombia, Benin, Zimbabwe, Qatar, Syria, Thailand and Bulgaria. Picard has consulted with governments, media and communications, and media labor organizations in North America, Europe, Asia and Latin America, including Columbia Broadcasting System (CBS), British Broadcasting Corporation (BBC) and Nokia.

“One has to be open to worthy ideas wherever one finds them,” Picard says. “The U.S. doesn’t have a monopoly on good ideas.”

Picard is currently studying how journalists are using Web-based technology to reinvent the news. Media organizations often adopt new technologies without considering their objectives, resources such as staff time, operating costs and the challenge of managing their presence on multiple platforms, Picard says.

“Understand your goals and where your money will be allocated – social media, mobile, online,” he says. “In many areas, basic phones and SMS technology aren’t present. In other places, even low-income countries, they have everything. No country has the same situation, so you can’t make assumptions.”

No nation has figured out how to revitalize the news business, but there are some interesting initiatives in the U.K., France and Italy, as well as in less-developed nations in Africa and Asia, Picard says.

“One has to be open to worthy ideas wherever one finds them,” Picard says. “The U.S. doesn’t have a monopoly on good ideas.”

Picard’s job at the Reuters Institute in the Department of Politics and International Relations at the University of Oxford is to support 15-20 research projects annually. He also is a fellow at Green Templeton College, one of the colleges within Oxford; a fellow of the Royal Society of Arts; and a member of the Association for Education in Journalism and Mass Communication.

Picard has received grants totaling nearly $8 million and helped secure approximately $40 million in external funding for academic institutions. He says some of his most interesting research was developing a standard method for measuring the economic contributions of copyright to national economies with the World Intellectual Property Organization, a U.N. special agency; studying new news business models for the Carnegie-Knight Task Force on Journalism; and working for the European Commission that developed methods to identify risks to media pluralism.

Some of Picard’s most personally satisfying work, however, has involved developing smaller projects for news organizations in Africa and advising the Libyan National Transitional Council on media policies after the fall of Gadhafi. He also helped state and party media in the Baltic States transition to independent media as they gained independence after the fall of the Soviet Union.

“No country’s media system is alike; you can’t go there with a prescription,” he says. “You find out what they’re trying to achieve, what resources are available and what challenges they face. You can’t make assumptions.”

Picard has returned thrice to the MU campus since he graduated from the journalism school in 1983. His visits generated mixed emotions, he says.

“It brought back memories of good times, as well as memories of the frustrations inherent in having one’s mind pushed to think differently and embracing a body of knowledge and technique,” Picard says. “Nevertheless, I have fond feelings for Mizzou and remain influenced by the education I received.”

Kate McIntyre is a master’s student in the MU School of Journalism and the Master of Public Health Program. She holds a bachelor’s degree in journalism from California Polytechnic State University-San Luis Obispo. McIntyre works at the MU News Bureau, serves as director of public relations for Mizzou Dance Marathon and interns with a Susan G. Komen Foundation grant. McIntyre intends to pursue a career in health promotion and education upon graduating in May.