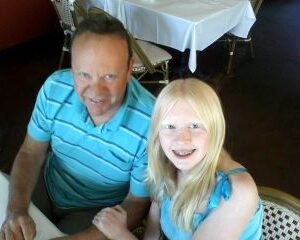 What do you do?
I report, write, produce and deliver projects for video and the Web. LifeVideos.com develops compelling B2B (business to business) and B2C (business to consumer) video content for diverse clients. It’s our responsibility to develop concepts, create and allocate budgets, cover events and produce videos on time and on budget. Our clients include LA Confidential magazine, Pasadena Showcase House of Design, the Los Angeles Jewish Film Festival and the Hamilton Behind the Scenes Awards.

How did you get your job?
The consolidation of television and radio stations a few years ago resulted in few jobs. I took a college course in entrepreneurism and started LifeVideos.com with a creative friend who owned a production company. I do rough-cut edits, which he turns into Hollywood entertainment. We do electronic press kits and can turn around an event on the same evening so it’s available for national syndication or TV within a few hours. We always do more than what our clients expect. For your first job, send out many resumes, go anywhere they offer you a chance for an interview and it’s likely you can find a fit for you.

What is the best professional lesson you learned at the J-School?
I learned how to interview and write a resume. What they did not teach at that time, which I had to learn the hard way, was office politics and egos. Early in my career, I learned not to burn bridges; it will come back to bite you. Getting fired is never all your fault. Sometimes it’s about the person in charge who is under pressure for his or her job. Let it roll off your back and move on. It’s nothing personal – unless you’re involved.

What advice do you have for current students?
Study who owns the media corporations and how they want to use you. Study their labor issues, and understand what side of the issue you’re on: management or labor/employee. Read “MediaPost” for commentary on what’s happing today. Read the business section on the Internet and a major newspaper to find out what’s happening. This business is about money, first and last. If you can do the public some good in between, that’s great. And read a union paper such as the NABET/CWA newsletter if you’re in broadcasting to get their take on current issues. I think nepotism plays a large role at the top of the networks.

What is your favorite J-School memory?
J-School seems like a million years ago, but here’s a memory from May 4, 1970, the date of the Kent State shootings. Four died and many others were wounded by National Guard troops who were to disperse students protesting the U.S. invasion of Cambodia during the Vietnam War. Soon thereafter, 2,000 students who were protesting outside Jesse Hall were met by cops in full riot gear with face masks and gas masks. They were there to prevent a student takeover of the of the administration building. A photojournalist took a picture of the back of a student standing alone between two of the columns. It was titled “Undecided” because the student is looking at whether to join the others or stay uncommitted. The photo won an award. Years later, I saw the photo and realized that the student was me. Truth is, I was not undecided. I was looking for my partner from KOMU-TV who had the camera we were to share to report on the protest. I had trouble finding him in the melee but connected and reported on the event for channel 8 news that night. There wasn’t a student takeover nor did the chancellor come out to talk to the crowd.

Any additional comments?
I like to listen to music when I write: Townes Van Zandt, High and Low and in Between. There are other artists who sing from their heart to you. It makes it easier to write words that were lost, to relax and to let your fingers flow.