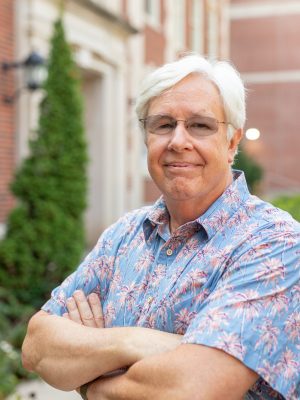 Fred Anklam Jr. joined the School of Journalism as assistant professor of professional practice in July 2021. He teaches core courses and directs students assigned each semester to report on city/county government for the Columbia Missourian, the school’s newspaper. From fall 2019-2020 he was senior editor of the Missourian, directing student reporters covering breaking news.

Anklam was a founding co-editor of the nonprofit news site, Mississippitoday.org, from November 2015-May 2018.

From 1983-2015, Anklam was a reporter and editor for USA TODAY. He covered Congress, the Pentagon and the Nuclear Regulatory Commission. As an editor in the News section, he directed White House and Pentagon coverage, 1993-97; was lead news editor for the International Edition, 1997-2005; and held operational editing roles, culminating as senior night editor, responsible for all overnight USA TODAY print and digital content, December 2013-May 2015.

A reporter from 1977-83 for The Clarion-Ledger in Jackson, Miss., he was among those whose coverage of education reform earned that newspaper the 1983 Pulitzer Prize for Distinguished Public Service.