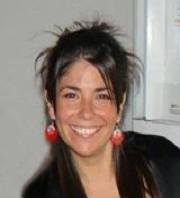 CAROLINA ESCUDERO is the director of the Missouri School of Journalism’s Barcelona internship program.

A freelance journalist, Escudero specializes in European Union-Latin America issues. She has worked for numerous international news media outlets, including Caras y Caretas magazine in Argentina, Panoramica Latinoamericana in Belgium, Nuestro Tiempo in Spain, Artemisa News, a South American agency that focuses on gender news, as well as others from Venezuela, France and Holland. One project is a documentary on how media treat gender issues in Argentina. The film is co-produced with a Artemisa News team and with the support of the World Association for Christian Communication.

Escudero received a Leonardo Da Vinci grant, which allowed her to pursue communications-related work in European Union institutions and in Belgium, Brussels.

Escudero has presented her research on gender issues in South America and the international agreements regarding women refugees at numerous seminars. She has served as a professor at the Universidad Nacional de General Sarmiento and the High School of Journalism TEA, both in Argentina.