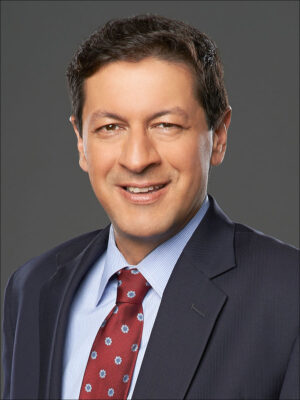 Rumors had been circulating for months leading up to the fall semester of 1991 among employees of the University of Missouri that the then-vice chancellor had engaged in inappropriate behaviors, abuse of power and sexual harassment. Nearly every female employee in his office had filed complaints. Yet, the actions of this official remained an “open secret,” one that went unaddressed by the university. That is, until two student reporters at the Columbia Missourian were able to break the news.

Nik Deogun and fellow student reporter Christopher Blake reported their discovery of charges filed with the state Human Rights Commission in “M.U. official charged with harassment.” They revealed a man of dubious judgment and questionable professional history in “Official haunted by past.” A follow-up article, “Vice chancellor apologizes for ‘inappropriate’ actions,” reported the original charges had been dropped, but an investigation by the university confirmed that “inappropriate actions and comments had taken place.” The university took disciplinary action against the official.

Getting the story wasn’t easy. Official sources at the university either wouldn’t comment on personnel matters or didn’t wish to endanger the identity of the victims of harassment, especially the students. But Deogun’s desire to bring the truth to light has always guided him as a reporter and, eventually, Deogun and Blake were able to convince a state official and a witness to the harassment to speak on the record.

Now, as senior vice president and editor-in-chief business at CNBC, Deogun still holds tight to his commitment to confirming the facts and other important lessons learned as a master’s student at the University of Missouri School of Journalism.

Though Deogun formally studied English and economics as an undergraduate at Muskingum University, Deogun’s real interest was in journalism. Working on his high school paper and as an intern for the Statesman, a local paper in Calcutta, India where Deogun grew up, sparked this passion.

Deogun worked on his college paper at Muskingum, the Black and Magenta, and says that his real major in college was working there. He described the paper and his advisers there as “very nurturing.”

“We had a very inspiring adviser who gave us the freedom to do some more ambitious and aggressive journalism,” Deogun says.

Deogun’s journalistic ambition is clear in his work on one particular story: an expose of a college group, the MACE club, that held an annual “hate rally.”

In “Marching MACE slime women,” Deogun reported that members of the group paraded across campus with lit torches yelling obscenities. The procession culminated with a bonfire at which members of the club “screamed the anatomy and sexual activity of specific women with individual members of the MACE club.”

No one had ever covered the fraternity’s rally before, Deogun said, and the group was suspended as a result of the story. As editor-in-chief of the paper, Deogun led editorial coverage that confronted the campus population about the issues raised for women and other marginalized populations by practices like MACE’s rally. Later, the group was required by the college president to host a “Gender Issues Week” to address gender relations on campus.

Deogun graduated from Muskingum in 1991. The University of Missouri offered Deogun an attractive package of funding to get his master’s degree in journalism there and he accepted.

As a graduate student at the University of Missouri, Deogun continued to doggedly pursue significant journalism.

“Nik stamped himself as a star as a student,” says Daryl Moen, then an editor at the Columbia Missourian and now a professor of journalism studies at the Missouri School of Journalism. “He was smarter and more motivated than most of the other students. Editors assigned him harder stories because they were confident he could do them.”

Before the story of the MU vice chancellor’s alleged sexual harassment could break, Deogun and Blake had to do extensive reporting to convince their editors that such a sensational story was safe to run.

Blake had originally gotten a tip from a woman who said that she had been a victim of sexual harassment perpetrated by the vice-chancellor. Through their reporting, Deogun and Blake were able to identify four women who all claimed to be victims of abuse.

“Part of getting the story published involved me coaxing our editors and convincing them there was an important story here,” Deogun says. “We tried to show that it wasn’t an isolated incident. It was more than one person. The fact that it was four women who had been affected: that convinced George Kennedy to go with the story.”

At that time, Kennedy was the managing editor of the Missourian. Before that, Kennedy spent 10 years working at daily papers in Delaware and Florida. Deogun cites Kennedy as a “tremendously powerful” figure in his development as a journalist. Deogun still repeats the lessons that he learned from Kennedy to young journalists he trains at CNBC, he says.

One particular lesson stands out: It’s better to be late than wrong.

Learning this mantra came at a price for Deogun. One time, Deogun received a tip that the chancellor was resigning, and he was anxious to break the news. But Kennedy wanted additional confirmation of the facts.

“I had it from a good source that his resignation was going to be announced the next day,” Deogun says. “I think Kennedy thought my source had pretty good knowledge, but he wanted someone closer. I had a source on the Board of Curators but I couldn’t reach him in time.”

“He told me a famous story. The Missourian had named the wrong guy when Peter McGrath was appointed president of the University of Missouri System,” Deogun said. “I remember Kennedy stroking his mustache and saying ‘I’d rather be late than wrong.'”

Deogun lost the scoop. The chancellor resigned, and the story first came out in the Columbia Daily Tribune the next day. He says he still repeats Kennedy’s mantra to himself every couple of weeks.

Real-world experiences like these are what made his education at the Missouri School of Journalism valuable, Deogun says.

“The part I loved the most about the Missouri experience was the fact that you could work like a professional, covering real stories with real impact,” Deogun said. “The beauty of the Missouri Method is that you’re thrown into the deep end and are forced to adapt.”

Getting Down to Business

As a student reporter, Deogun worked on the higher education beat and his dream was to work at the Chronicle of Higher Education, a Washington D.C.-based news publication for college faculty members and administrators.

But, Deogun got engaged to his wife around the time that he was finishing his master’s in 1993, and he needed a job in Atlanta where his fiancée was pursuing her doctorate at Emory University in Women’s Studies.

Knowing no one in Atlanta other than his fiancée, Deogun used the networking connections he had made at the School of Journalism to help with his employment. One of Deogun’s Missouri School of Journalism professors knew someone at the Wall Street Journal. Deogun got an internship at their Atlanta bureau and began his career as a business journalist.

Of business journalism, Deogun says he “loved it, loves it and will always love it.”

“I’ve done other forms of journalism, but I love business journalism,” Deogun says. “You realize in the end that fundamentally this kind of journalism is all about how people work because so much of our lives are absorbed with work. The same principles of storytelling hold in business that hold for other kinds of journalism.”

Deogun’s mentors at MU aren’t surprised by his success as a journalist.

“His career path, at the elite journalism outlets, attests to what we saw here when he was a young man,” Moen says. “He soaked up everything and performed at a high level.”

In 2008, after working at the Wall Street Journal for nearly 15 years, Deogun became deputy managing editor of the paper, which he says was a particularly exciting time in his career.

“Being involved in covering the 2008 global financial crisis was a tremendous experience,” Deogun says. “We would go to bed and not know what the next few hours would bring.”

Now, in his position at CNBC, which he accepted in 2010, Deogun oversees the network’s news content, coverage and production. He hires and develops on-air talent, builds teams to support reporting, oversees the vision and reputation of news and documentary units and identifies op-portunities to highlight the network’s content and talent.

Deogun never thought that he would go into the broadcast field, he says. But, his education in the fundamental principles of journalism has prepared him to embrace the transition.

“Now, I’m constantly adapting and constantly learning new things,” Deogun says. “But I know that whatever I do, the fundamentals still matter: the basic principles of storytelling are true.”

Fran Webber is a graduate student from Alexandria, Virginia, studying strategic communication. Webber has worked as a reporter for the Columbia Missourian and the Boonville Daily News. Most recently, she has been a writing intern at the MU News Bureau, the university’s main media relations office. For her thesis, Webber is designing an experiment to measure how different factors influence readers’ perceptions of climate change news credibility. After graduating in December, Webber plans to pursue a career in public relations.

Graduate assistant Caroline Murray assisted in the development of this feature story.