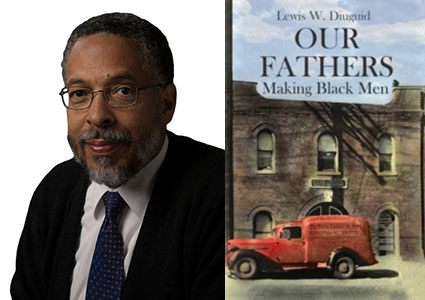 Columbia, Mo. (April 27, 2017) — In “Our Fathers: Making Black Men,” Lewis W. Diuguid, BJ ’77, focuses on one block of St. Louis in the mid-20th century, where African-American businessmen living the American Dream also created a sense of community for boys in that neighborhood. His father, Lincoln I. Diuguid, a PhD graduate of Cornell University in chemistry, anchored the block with Du-Good Chemical Laboratories and Manufacturers.

“Our Fathers” (Universal-Publishers, 2017) tells the unreported role that black businessmen played during the Great Migration of African Americans fleeing oppression in the South, seeking a better life in the North. It serves as a response to the Black Lives Matter movement in which people now ask what they can do to end the killings and brutality taking place in America’s cities.

Lewis Diuguid worked at The Kansas City Star as a reporter, photographer, columnist and editorial board member during his career. He is a founding member and president of the Kansas City Association of Black Journalists. He is the winner of many awards, including the 2000 Missouri Honor Medal for Distinguished Service in Journalism. Diuguid was the recipient of the 2017 Louis M. Lyons Award for Conscience and Integrity in Journalism at Harvard University. With the honor, he was named a 2017 Knight Visiting Fellow, at the Nieman Foundation for Journalism at Harvard. He is also the author of several books. [More]