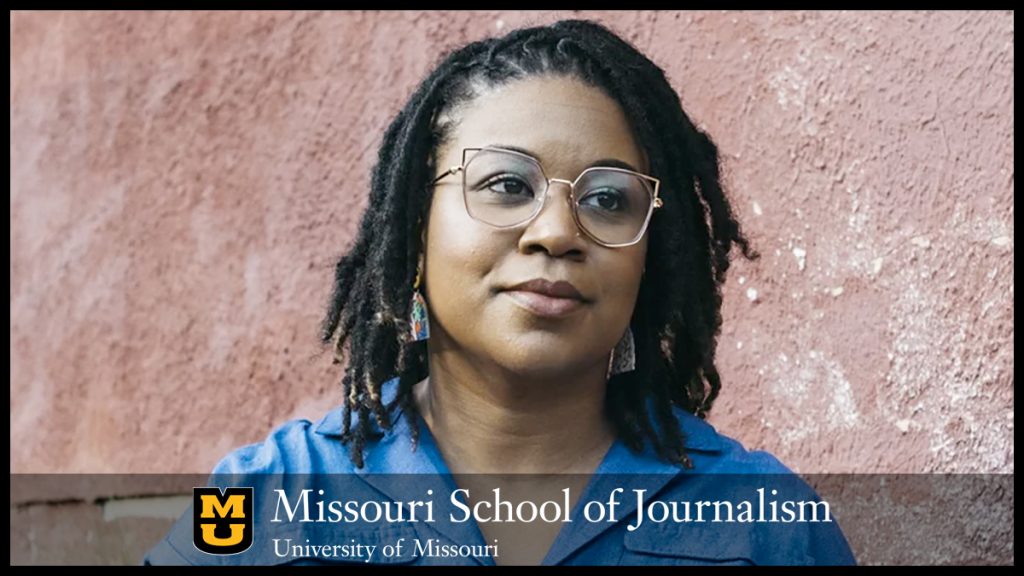 Columbia, Mo. (June 8, 2022) — Juana Summers, a 2009 graduate of the Missouri School of Journalism and KBIA-FM alum, will become the newest host of NPR’s flagship news program, “All Things Considered.” Her first show will air June 27.

NPR announced the news today, with Sarah Gilbert, NPR’s vice president for news programming, lauding “her authoritative reporting expertise, her versatile journalistic talent, and her drive to explore and interrogate the most challenging questions of the moment.”

Summers, who has political journalism experience both in and out of the radio industry and most recently worked as a political correspondent for NPR, will join co-hosts Alisa Chang, Mary Louise Kelly, and Ari Shapiro on the program, the first public radio program ever inducted into the National Radio Hall of Fame and one of the most listened-to news radio programs in the country. Summers credits the School of Journalism with helping her embark on the path to success.

“I am incredibly thankful for the foundation that Mizzou, the School of Journalism and KBIA gave me,” Summers said. “The program taught me to think about working across platforms incredibly early on in a way that has richly benefited my career. It has taught me how to be agile, how to think about different ways to tell stories, how to not blink when someone asks you to do something in a way you’ve never done it before.”

A standout example of that hands-on, Missouri Method approach to journalism education came when she covered a crucial period in the 2008 U.S. presidential election, when candidates Barack Obama and John McCain announced their running mates.

“I am incredibly thankful for the foundation that Mizzou, the School of Journalism and KBIA gave me,” Summers said. “The program taught me to think about working across platforms incredibly early on in a way that has richly benefited my career.”

“The staff let me go out in the field for the vice presidential announcements, and I got to go talk to voters and be there for that as a college student,” Summers said. “To be able to put that reporting on the air so early in my career was so meaningful for me, and I think there are so many other educational institutions where perhaps folks wouldn’t have had that opportunity.”

Summers won’t be entirely new to All Things Considered, having filled in on the show a few times in March during the search for a new permanent co-host. Her performance as a guest host didn’t go unnoticed by her former mentor at KBIA, assistant news director Janet Saidi, for whom Summers’ success is no surprise.

“I had a driveway moment with one of her first pieces [as a guest host] where I didn’t want to get out of my car because I wanted to hear the whole story,” Saidi said. “Some people have this magic where they can gather people together through the warmth of their voice, and she is one of those people. She is going to be great for the program.”

Beyond moving from a political focus to a broader base of news stories, Summers — a Black woman — plans to use the hosting role as an opportunity to tell stories that widen the program’s lens of coverage on underrepresented communities and introduce new generations in those communities to public radio programming.

“I’m hoping that the new mix of stories that I will bring to the show and the voices that I elevate will help more people consider public radio a home for them,” Summers said.