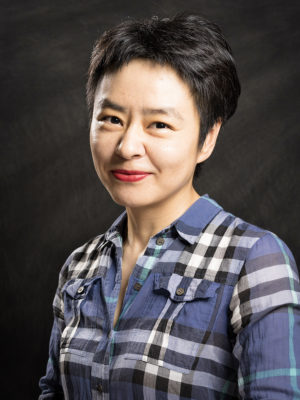 MENGYAO XU is a first-year doctoral student at the Missouri School of Journalism with a concentration in strategic communication. Her research focuses on conflict management within the theoretical framework of moral foundation theory, especially as it relates to governmental organizations and international corporations’ public reputations. After working as a production director/producer in the event and entertainment industry for over a decade, Mengyao decided to start her Ph.D. journey in order to improve her theoretical knowledge and become a better researcher in this industry she has devoted herself to.

Mengyao started her career in 2005 as a project manager in the Media Operation Department of the 2008 Beijing Olympic Game Organizing Committee. After the Olympic Games, she quickly rose through the professional ranks to become a production director and vice president at a well-known Chinese company named Beiao Events. She built her reputation by helping various departments in the Chinese government design and implement a variety of events to publicize different cities’ images worldwide. She co-designed Beijing New Year’s Eve Countdown Celebration with the Beijing government and served as their production director for eight consecutive years (2012-2019). For all eight years, these ceremonies were live broadcasted by CCTV (China Central Television) and BTV (Beijing Television Station) to the whole country and by Associated Press TV to the whole world. More than 120 TV stations – including CNN, BBC, NBC and Fox – adopted AP’s signal and reported these grand ceremonies in at least seven languages.

Further, to manage the strategic relations for both governments and corporations, Mengyao has successfully designed and produced various forms of events domestically and internationally. For example, she designed and produced the “Melody from Beijing” concert in Athens, an exhibition in Morocco and a cocktail party in Riga for the Beijing Government; she also launched events for Foton (a Chinese vehicle manufacturer) in Athens and Munich; and she organized Tourism Festivals in Beijing, Yuncheng, Fuzhou and Nachang.

All this rich experience strengthens Mengyao’s research at the J-School. Her practical work in the event organization industry deepens her understanding of her theoretical learning in strategic communication and conflict management here at Missouri. She looks forward to making more connections between her professional history and future academic exploration.