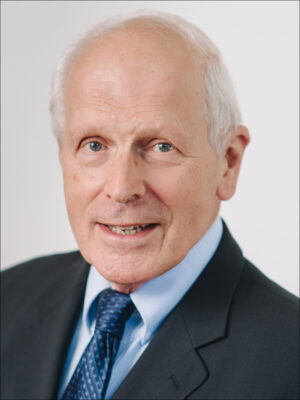 Roger Gafke is the retired director of program development for the Donald W. Reynolds Journalism Institute and professor emeritus at the Missouri School of Journalism. In his RJI role he built partnerships for research projects, programs and funding from corporations, foundations, associations and individuals who share RJI’s priority to advance the practice of journalism.

He expanded the international programs and relationships for the Missouri School of Journalism. He led several cooperative projects with journalists and educators in the Middle East. He is the first American journalist to deliver training at the Aljazeera Media Training and Development Center in Doha, Qatar. He has also provided training programs for the Alhurra Television Channel, U.S. He serves as faculty adviser for the International School of Media and Entertainment Studies in Delhi, India. He was primary host and coordinator for international journalists in the Hubert Humphrey Fellowship program at the Missouri School of Journalism.

His work also has emphasized the use of the Internet and related digital technologies for training, education, journalism and public relations. He has created Web-based training programs, commercial Web sites, an award-winning Web and e-mail solicitation project, training videos and audio cassettes, newsletters, articles and other print support pieces.

Gafke received bachelor’s in journalism and Master of Arts from the University of Missouri and holds professional accreditation from the Association of Fundraising Professionals and from Langevin Learning Services. Before joining the faculty in 1968, he served as a radio news director, newspaper city editor, public information officer for the U.S. Air Force and as a political science instructor. At the university, he was vice chancellor for development, university and alumni relations from 1984 to 1994 and executive director of the Accrediting Council on Education for Journalism and Mass Communications from 1983 to 1985.