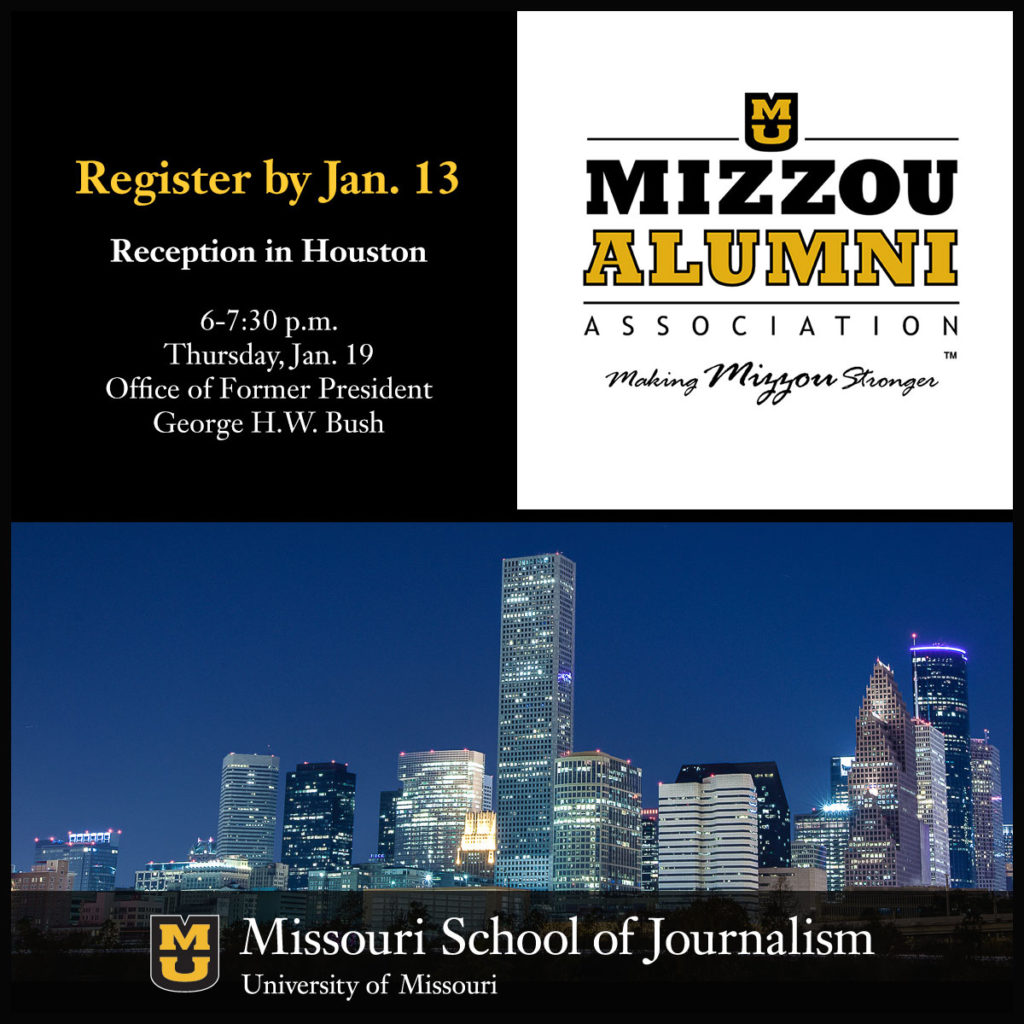 The Event Will Begin at 6 p.m. at Former President George H.W. Bush’s Office

Refreshments will be served, and dress is business casual. Kurpius and other representatives from the School and University of Missouri will be on hand to visit with guests. A brief program will begin at 7 p.m.

The event is free. Registration can be made online through the Mizzou Alumni Association website and is requested by Friday, Jan. 13.

Jean Becker, BJ ’73, and Linda Lorelle, MA ’87, will host the event. Becker has been chief of staff to former President George H.W. Bush since 1994, supervising his office in both Houston and Kennebunkport, Maine, and overseeing the opening of the George Bush Presidential Library Center in 1997. An author and former journalist, Becker is also a member of the boards of directors for Points of Light and Barbara Bush Foundation for Family Literacy, and an ad hoc member of the advisory boards of The George Bush Presidential Library and The George Bush School of Government and Public Service.

Lorelle, an award-winning journalist, is CEO and chief storyteller of Lorelle Media. She anchored the evening news for nearly 17 years at Houston’s NBC affiliate, KPRC-TV. Lorelle is a two-time Emmy Award winner and has twice won the prestigious national Gracie Award from the American Women in Radio and Television, as well as other local and national awards. Since 1991, Lorelle and her husband have raised and awarded more than $4 million in college scholarships to Houston area high school students whose academic potential may be unfulfilled due to circumstances beyond their control. Lorelle also serves on numerous boards including the Memorial Park Conservancy, Cristo Rey Jesuit College Preparatory of Houston and the Greater Houston Women’s Chamber of Commerce.