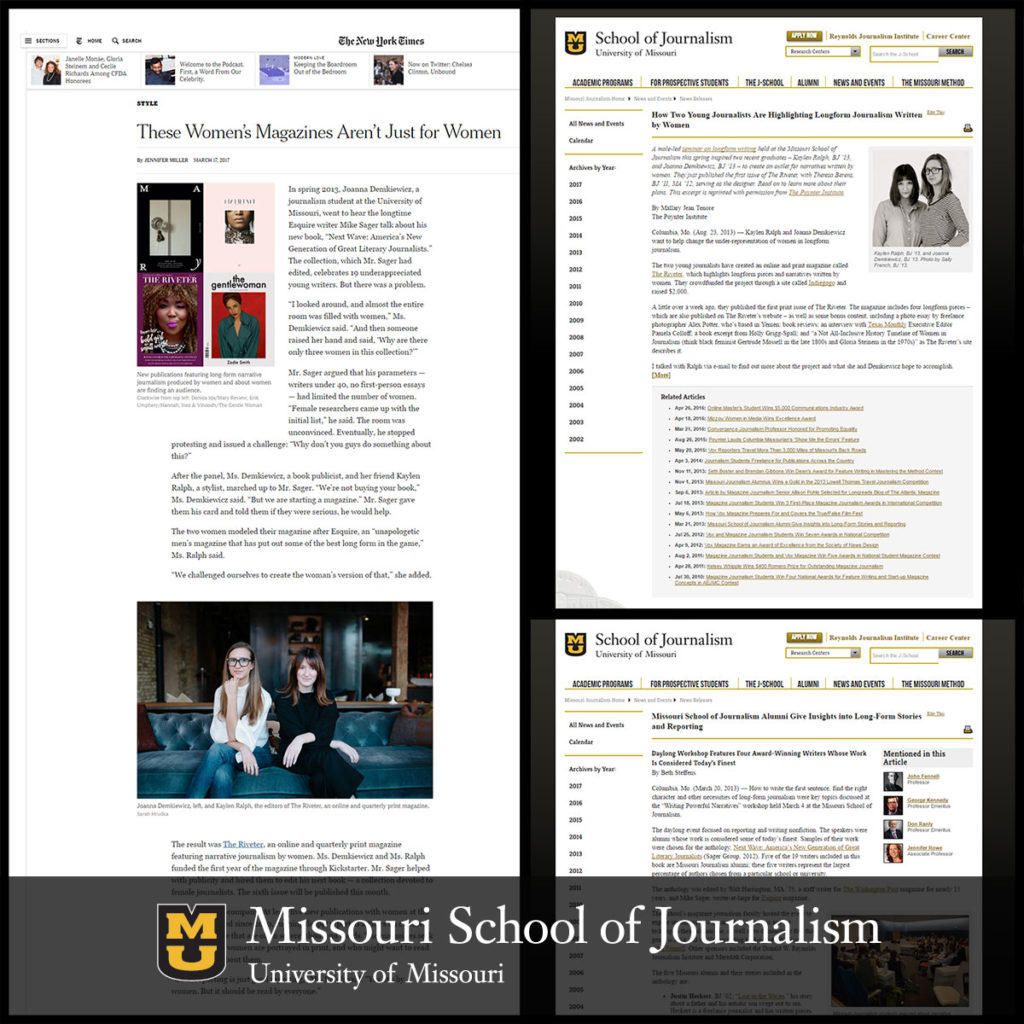 Demkiewicz attended a daylong event on reporting and writing long-form nonfiction. Mike Sager, writer-at-large for Esquire magazine, had just published “Next Wave: America’s New Generation of Great Literary Journalists.” Of the 19 young writers featured, only three were women. After the roomful of young women questioned Sager about this balance, he challenged them to do something about it.

Demkiewicz and classmate Kaylen Ralph responded with the creation of The Riveter, an online and print magazine. The Times story also highlights several other publications with women at the helm. [More]