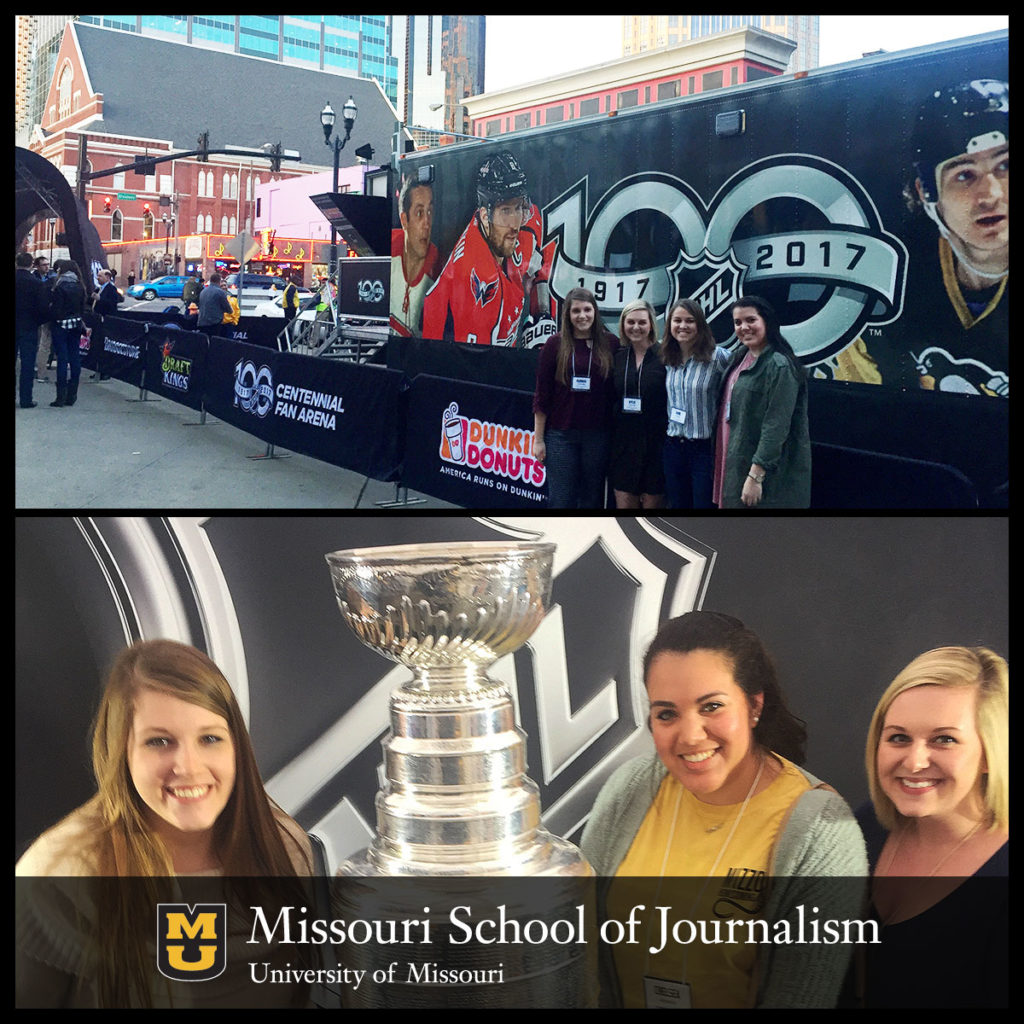 Throughout the College Media Training Camp, AWSM Missouri members joined the more than 200 other students in networking with professionals from ESPN, MLB Network, FOX Sports, USA Today Sports and many sports media properties.

The program offered tips on being a better writer, how to build a sportscast, how to create a resume reel and related topics. Speakers included Joe Gisondi, author of “The Field Guide to Covering Sports,” and Clay Travis from Fox Sports. Participants attended the Nashville Predators hockey game at the conclusion of the program.

Founded in 1987, the Association for Women in Sports Media (AWSM) is a worldwide organization of more than 600 women and men (professional and student) employed in sports writing, editing, broadcast and production, public relations and sports information. The Missouri chapter was one of the first AWSM student chapters in the nation, and membership has grown rapidly since its founding in 2013. In 2015 AWSM Missouri was named the national winner of the third annual Student Chapter of the Year. Associate Professor Elizabeth Frogge serves as faculty adviser for AWSM Missouri.