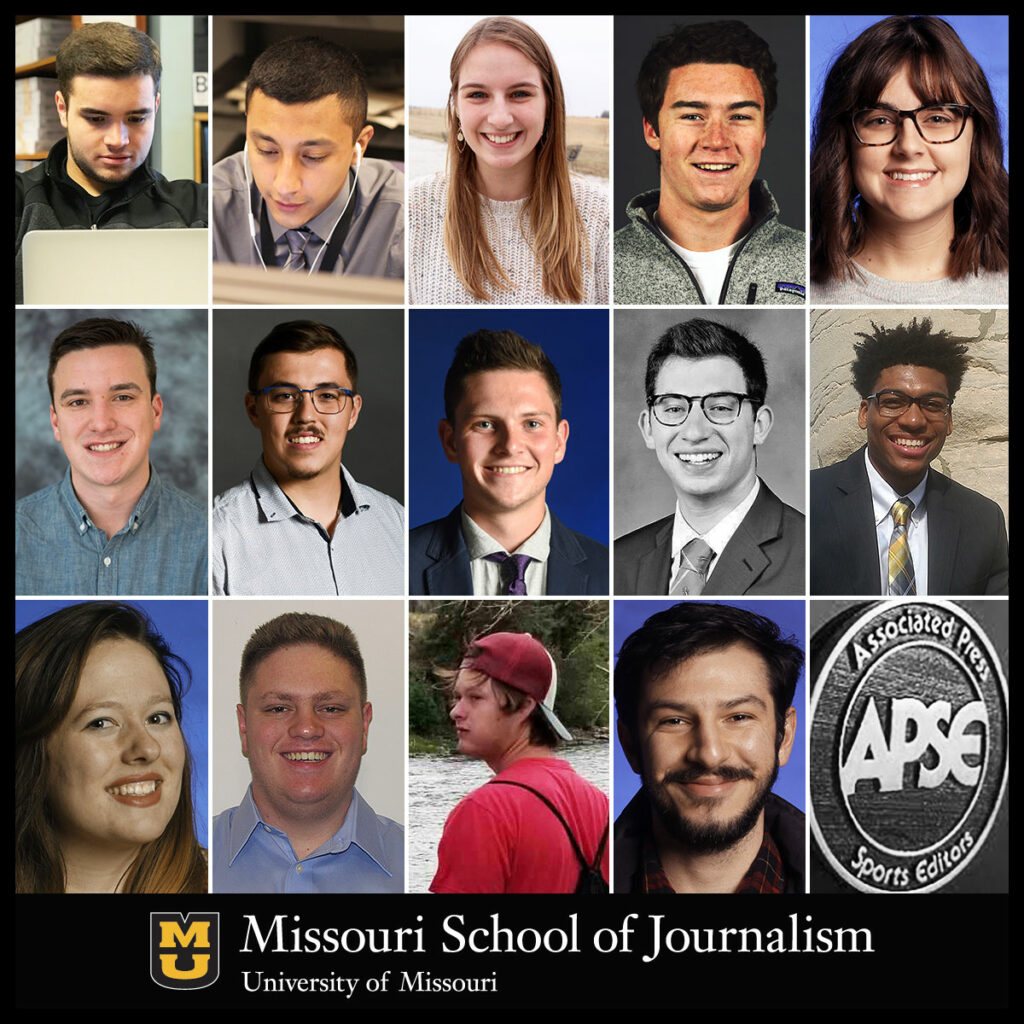 Columbia, Mo. (March 6, 2019) — The Columbia Missourian and 16 Missouri School of Journalism sports reporters have received Top 10 recognition from the Associated Press Sports Editors competition for work produced in 2018. Professional sports editors and journalists from across the nation selected the winners during four days of judging in Lake Buena Vista, Florida.

The national contest recognizes excellence in professional sports writing. The Missourian competed in Category D, which includes publications with circulations of less than 30,000. The top five in each writing category will be announced at a later date.

The Columbia Missourian has won more than four-dozen APSE awards in the past 10 years.

“The real winners here are the sports fans of Columbia, for whom this work was done,” said Michael Knisley, assistant professor and sports editor for the Missourian. “The Missourian’s reporters and photographers and videographers and editors who contributed to the making of these stories take seriously their mission to serve the community with their coverage. That they do it so successfully in a real-world, deadline-driven professional environment – as full-time Missouri School of Journalism students – is a testament to that commitment.”

The Columbia Missourian is a digital-first, community newspaper supervised by professional editors and staffed by Missouri School of Journalism students who do the reporting, design, copy editing, information graphics, photography and multimedia.

The Missourian was named one of the Top 10 Overall for digital publications, Top Five for the Sunday section, and received Honorable Mentions for daily sections and special section for Tiger Kickoff.

Student winners for the 2018 APSE awards are as follows: