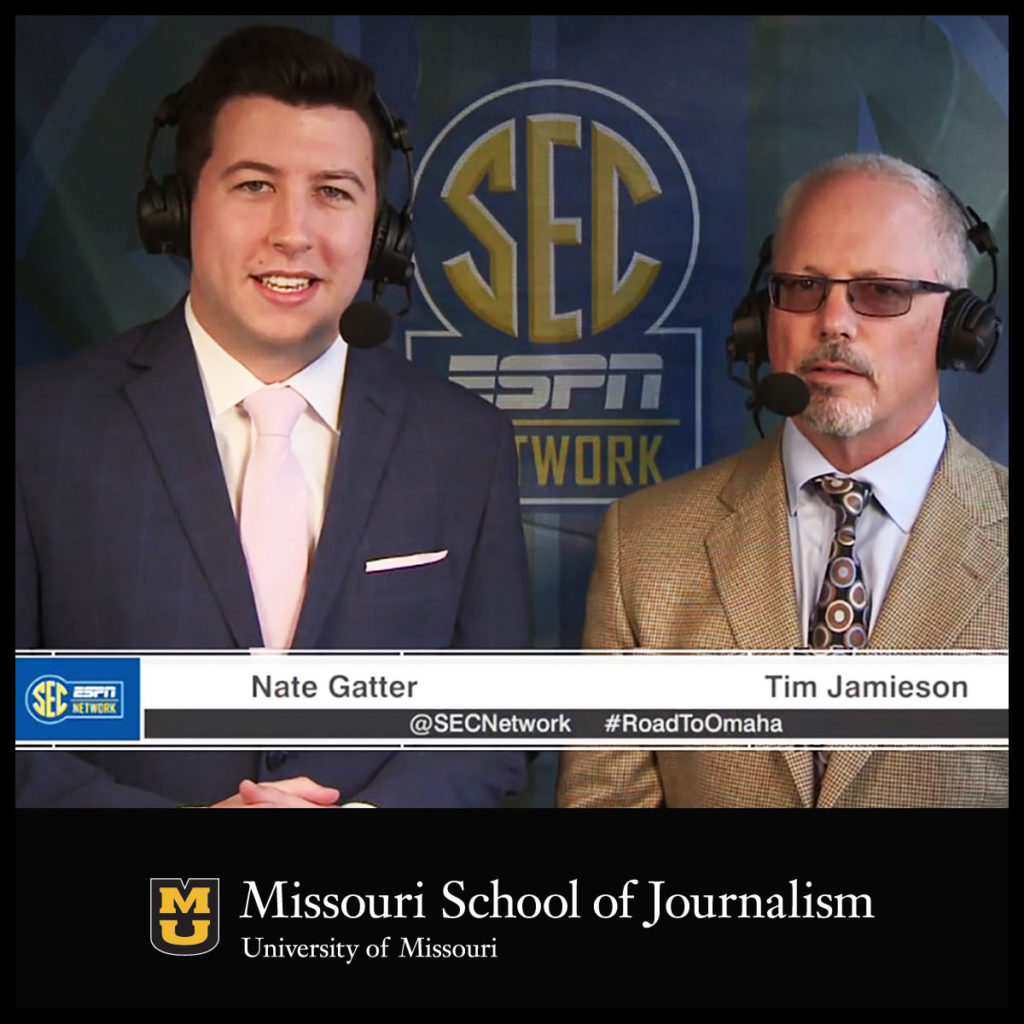 Missouri junior Nate Gatter (left) is the winner of the 2017 Jim Nantz Award as the nation’s most outstanding collegiate sports broadcaster.

Columbia, Mo. (May 23, 2017) — Nate Gatter is the winner of the 2017 Jim Nantz Award as the nation’s most outstanding collegiate sports broadcaster. Jon Chelesnik, CEO of the Sportscasters Talent Agency of America, announced the news of Gatter’s selection online on May 19.

Gatter, a junior studying radio-television sports journalism, is the first student from the Missouri School of Journalism to receive the award since its founding in 2009. He entered the School as a Walter Williams Scholar, a by-invitation group for freshmen with a score of 33 or higher on the ACT. Gatter is serving as the lead play-by-play broadcaster for the Gateway Grizzlies of the independent Frontier League, making him one of the youngest lead broadcasters in professional baseball. Gatter has also worked with SEC Network-Plus, Lincoln University football and men’s basketball, among others.

Among the numerous awards Gatter has won for his sportswriting are National Story of the Year (Opinion/Editorial) from the Associated Collegiate Press and the Best Sports Column (Division I) from the Missouri College Media Association, both in 2016.

He will receive numerous awards, including the Jim Nantz trophy, STAA membership services, and All-America certificates. Gatter will also receive hotel accommodations and admission to all the activities of the 2017 National Sports Media Association awards weekend in Winston-Salem, North Carolina, culminating in the NSMA awards banquet where the Jim Nantz Trophy will be presented.