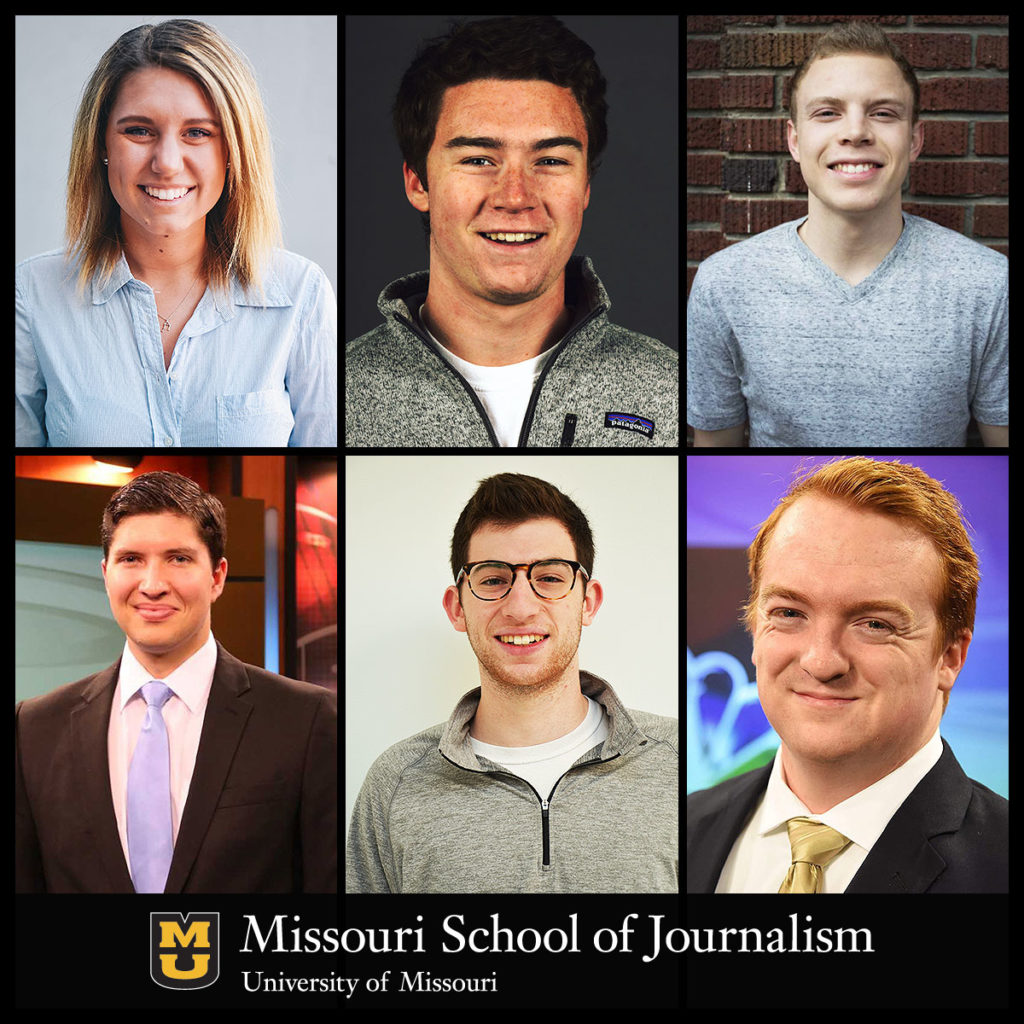 Columbia, Mo. (March 15, 2018) — Months of hard work have paid off for the University of Missouri‘s basketball teams – and the student journalists who cover them – as the Missouri Tigers advance to post-season play in NCAA tournaments.

Columbia Missourian and KOMU-TV reporters and photographers will drive to Nashville, Tennessee, for the men’s game Friday as the eighth-seeded team takes on Florida State University. A Missourian reporter will remotely cover the fifth-seeded women’s team Saturday when they face Florida Gulf Coast University in Stanford, California, while KOMU plans to send a full-time staff member to cover the same game.

In addition to reporting on the game, students will attend press conferences and practices, post social media updates and shoot photos of Tiger fans. Junior Eric Lee, a women’s basketball reporter, says he’ll report on the game either from home or the Missourian newsroom.

“This is the type of thing you come to Mizzou to get the opportunity to do,” says senior Matt Weller, a KOMU reporter and producer. “I’m hoping…to see a lot of different national reporters who are going to be there and see how they do their job and just try to take a little bit from all of them.”

“We have a lot of newscasts, so there are a lot of chances for them to do good work,” says Gervino. “Kevin and Matt have worked really hard, and are eager and certainly able to cover this event.”

Senior Hailey Hofer photographed the SEC men’s tournament in St. Louis earlier this month for the Columbia Missourian. She says she enjoyed meeting sports journalists whose names and pictures she’d seen in print.

Covering post-season games in an unfamiliar arena and navigating a different city can present new challenges, according to the students. Writing about a game remotely also has its share of challenges, says Lee, the women’s basketball reporter. He’ll still capture turning points and key plays, he says, but he’ll miss out on some of the game’s atmosphere and emotion.

“The students at the Missourian have covered MU basketball all season long, and have distinguished themselves on deadline,” he says. “They know the teams well and are perfectly prepared to cover them in the post-season.”