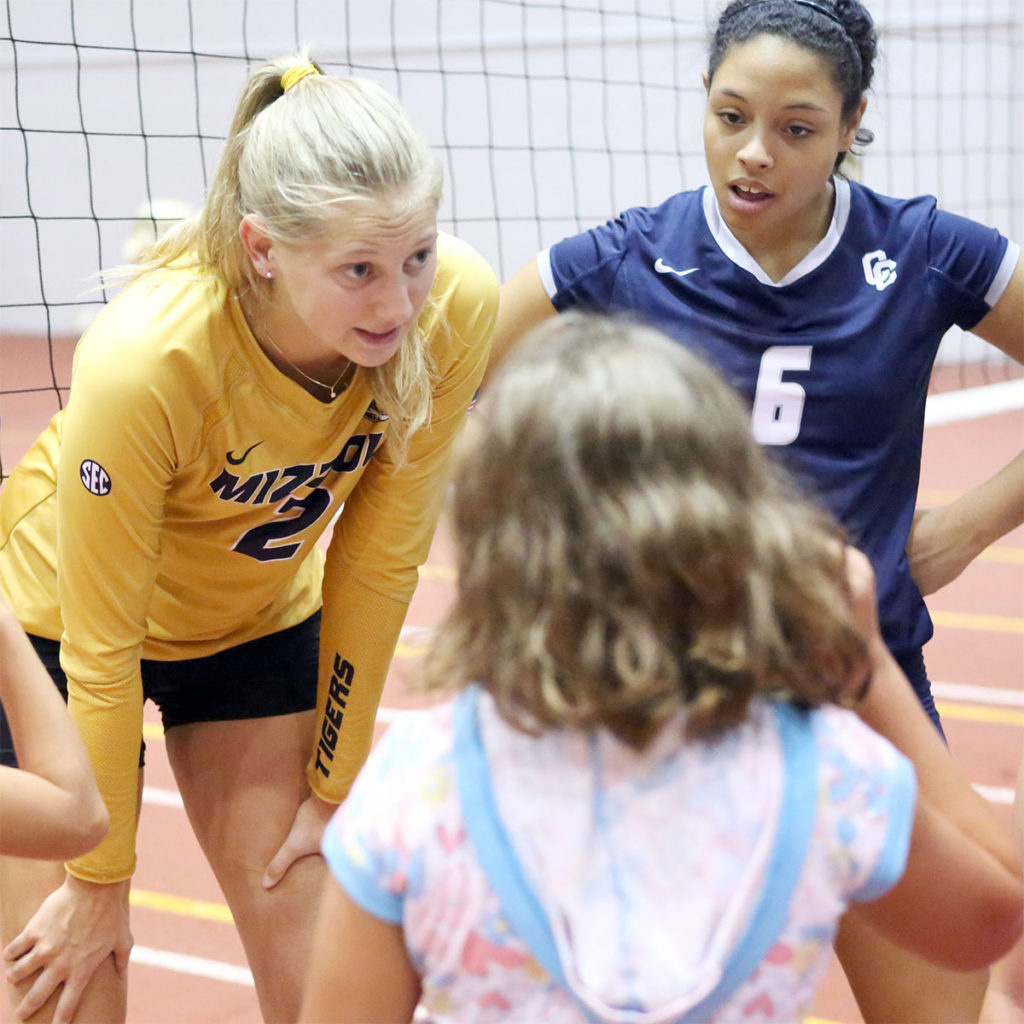 Emily Thater has volunteered for numerous events during her collegiate career at Mizzou, accumulating nearly 70 hours of community service since 2013.

Emily Thater Succeeds Academically and in the Community

Birmingham, Ala. (Dec. 2, 2016) — Missouri School of Journalism senior Emily Thater has been named to the 2016 SEC Volleyball Community Service Team. She is one of 13 student-athletes who demonstrate superior service efforts from each SEC institution announced by the league on Wednesday.

Thater has volunteered for numerous events during her collegiate career at Mizzou, accumulating nearly 70 hours of community service since 2013. She served as a National Softball Association of the Deaf Special Olympic Buddy, while also volunteering at the Children’s Hospital Street Party, Benton Elementary Summer School and Going Bonkers events.

The Tiger middle blocker also has participated in the Girl Scout Volleyball Clinic, Black and Gold Youth Clinic and the Mizzou Volleyball Youth League Open Houses. Thater went above and beyond the call this past summer, surprising a young Tiger fan at their birthday party nearly two hours away from Columbia, Missouri.

Thater has excelled internally with Mizzou Athletics-sponsored groups, including working at the athletic department’s Back to School BBQ, the Tiger Scholarship Fund Thank-A-Thon and the department’s Women 4 Women events.

Thater is regularly recognized as one of the Tigers’ top community service participants and leaders on the court. She is also a three-time SEC Academic Honor Roll recipient and a two time dean’s list honoree at MU. Thater is studying strategic communication with an emphasis in public relations at the School. She plans to intern with MU Athletics in the spring 2017 semester.