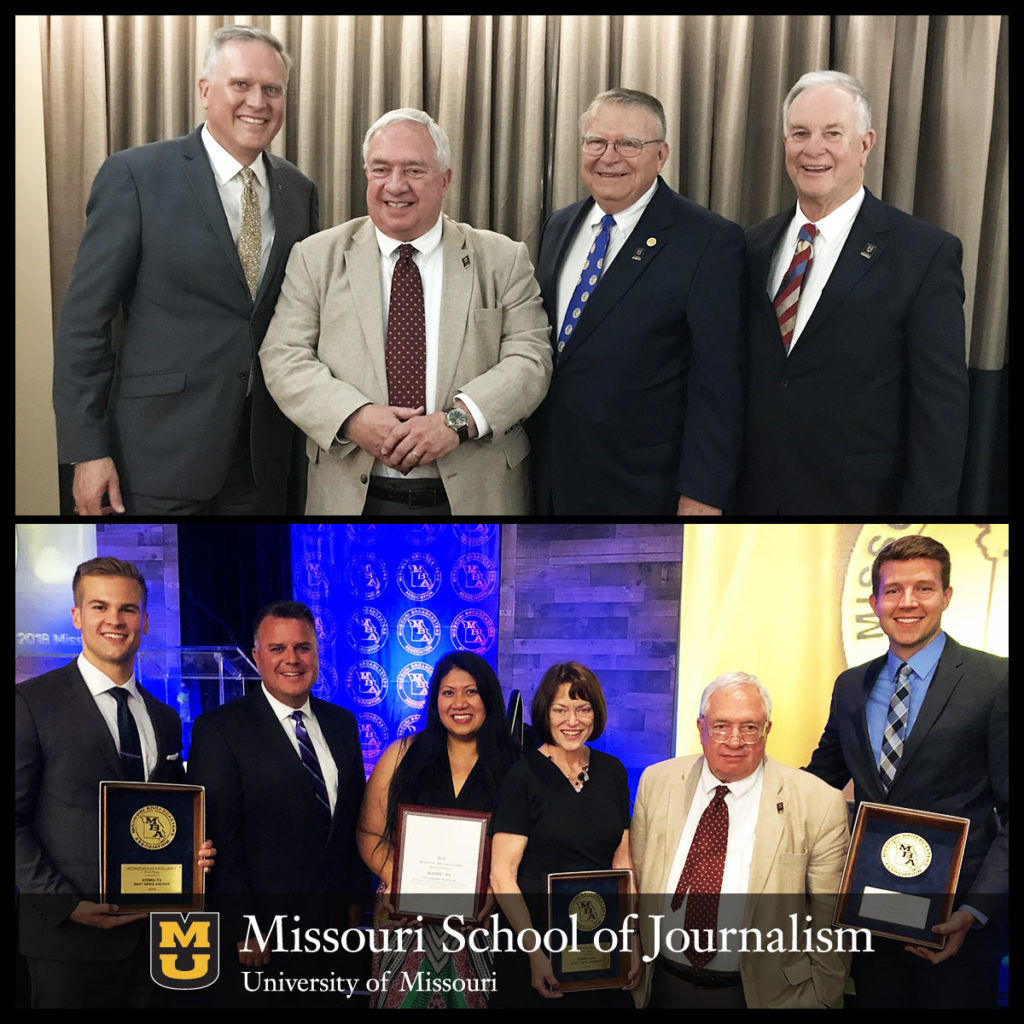 Lake Ozark, Mo. (June 11, 2018) — KBIA-FM and KOMU-TV were honored with a total of five first-place awards from the Missouri Broadcasters Association on June 2 at The Lodge of Four Seasons. The stations also garnered six certificates of merit, and retiring Associate Professor Kent Collins received the MBA President’s Award.

“Seven awards is the most we’ve ever won in this contest,” KBIA News Director Ryan Famuliner said of his station’s two first-place honors and five certificates of merit.

In the Feature Reporting category, KBIA won first place and the certificate of merit.

KBIA’s first-place win in the Breaking News category was based on the work of the station’s professional news team, which reports during the summer when the students are gone, Famuliner said.

KOMU won top awards for news anchor Landon Burke, meteorologist Kenton Gewecke and its website. Assistant Professor Jamie Grey won a certificate of merit for her investigative report on “A Punch and a Police Report.”

“The awards recognize another year of outstanding work by the KOMU team,” said KOMU News Director Randy Reeves. “University of Missouri School of Journalism students get a chance to work with some of the very best in our business. All of these award winners are outstanding mentors, coaches and teachers for our students.”

One of those teachers who received special recognition by the MBA was Kent Collins, chair of the radio-television journalism faculty. Collins received the President’s Award for his decades of service to the industry and his support of the association.