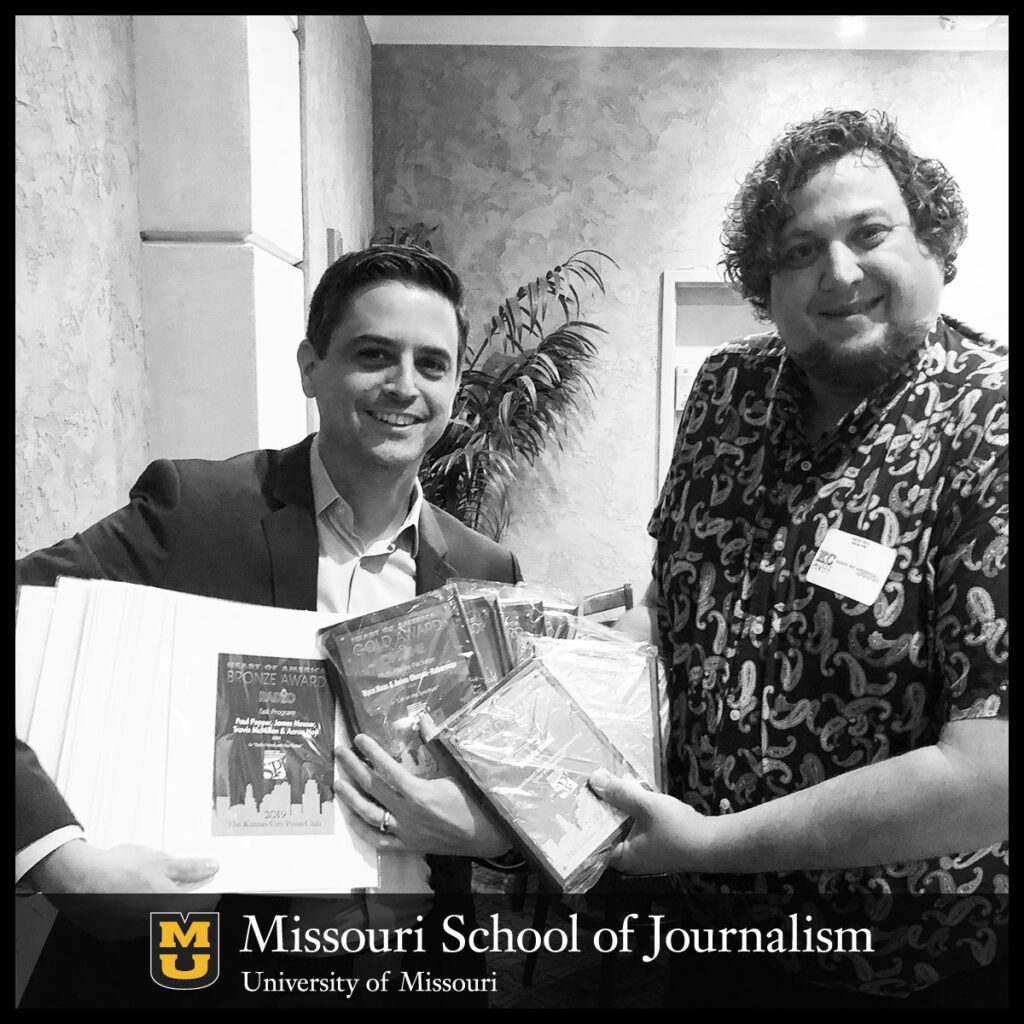 KBIA won 18 awards, including a sweep in the category of “Beat Reporting.” KBIA-FM is one of the Missouri School of Journalism’s six professional newsrooms that serve as learning laboratories for students. The award winners are a mix of students, and faculty and staff who work as mentors for the students.

KOMU-TV, the premiere training ground for television reporters and producers at the Missouri School of Journalism, took home five awards. The station is the only university-owned commercial television affiliate that uses its newsroom as a working lab for students.

The Kansas City Press Club, a chapter of the Society of Professional Journalists, uses the Heart of America Awards to honor outstanding reporting, writing and photography in print, broadcast and online journalism in eastern Kansas and western Missouri.