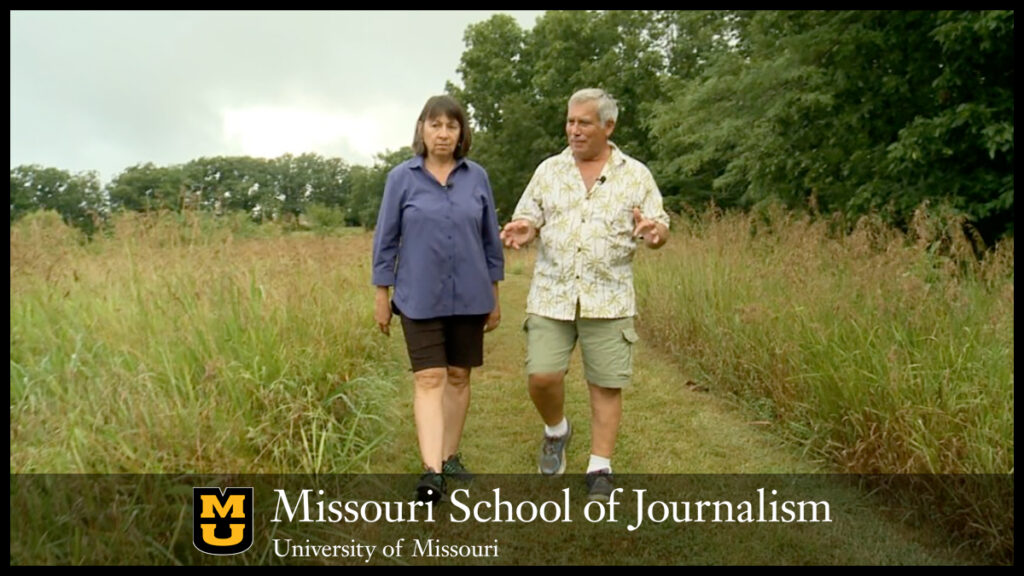 Columbia, Mo. (June 29, 2021) — A program produced at the Missouri School of Journalism’s Reynolds Journalism Institute — “Radio Friends with Paul Pepper” — is a bronze winner in the 42nd annual Telly Awards, bringing national recognition to students, alumni, faculty and staff. The win is in the non-broadcast category.

“This award is especially rewarding to all of us at RJI and the Journalism School because it was for an episode that was done on location, something we don’t normally do,” said McMillen. “I jumped at the opportunity to get out of the studio and try something different.”

“Radio Friends with Paul Pepper” is hosted by longtime local TV host Paul Pepper, who uses the program to shine a spotlight on the people, arts and civic life of Columbia, Missouri, and the surrounding area.

For this segment, the team traveled about 35 miles north of Columbia to Pepper’s 80-acre property in northern Boone County to speak with native plant expert Nadia Navarrete-Tindall. The theme of the show: what happens when you let nature reclaim the land.

According to McMillen, while they could have easily done the show in a studio, the opportunity to film on location was too good to pass up. “When you’ve got a host with plenty of acreage to tour and a native plant expert who can’t be stumped, it was fun to shoot the episode on location and really give viewers an opportunity to see what they were discussing.”

The team took two trips to the location. The first trip was to shoot the drone work, and the second was for the segment itself.

“Paul and Nadia were present both times so that we could work in some matched action shots between the drone and the cameras on the ground,” McMillen said. “The show was entirely unscripted except for the very beginning when Paul introduces Nadia and they walk to the cattails.”

To meet the needs of both the radio listening audience and those who view the show online, the team created two versions of the final product. “As pretty as the drone stuff is, the primary audience for this show is listening to it on the radio, McMillen said. “I let our regular audio guy, Aaron Hay, worry about the KBIA audience while I cut together a show that threw out all the norms. For example, the video version ran 10 minutes, not the normal eight minutes, and included an extended credit sequence. That really showcased the visuals and gave the audience an enriched viewing experience.”

Credits for the award-winning episode