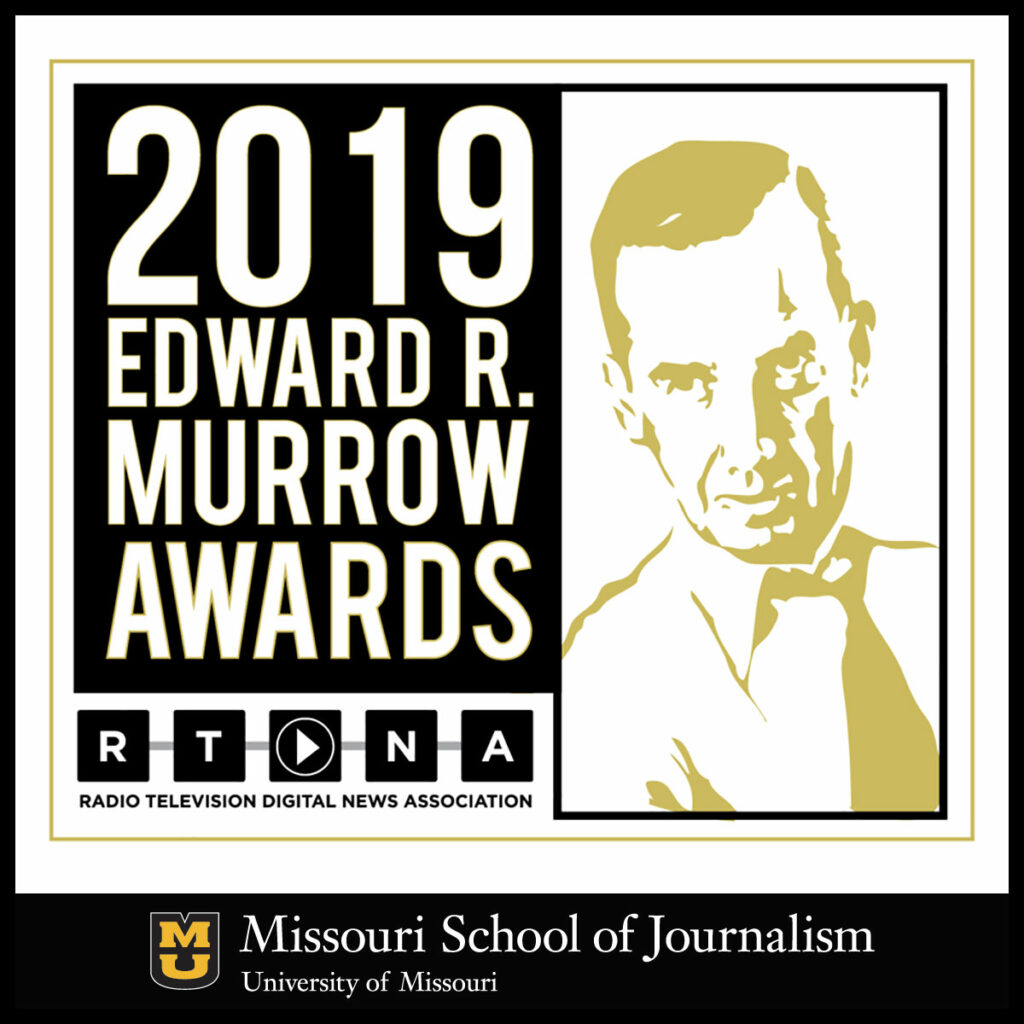 Columbia, Mo. (April 30, 2019) — The Radio and Television Digital News Association has awarded KBIA-FM six prestigious Edward R. Murrow Awards for its work as a small-market radio station and one in the large-market category in Region 5 . KOMU-TV was awarded one award in Region 5. These awards recognize the best electronic journalism produced by radio, television and online news organizations around the world.

KBIA, mid-Missouri’s NPR member station, serves a 70-mile listening area. KOMU, mid-Missouri’s NBC affiliate, is the only university-owned commercial TV station in the U.S. that uses its newsroom as a working lab for students.

There are 13 categories in each regional competition. KBIA and KOMU competed against small-market radio and television stations in Region 5: Iowa, Kansas, Nebraska and Missouri. Regional winners automatically advance to the national Edward R. Murrow Awards competition, which will be judged in June.

KBIA awards were for:

KOMU won its award for:

KOMU 8 is an auxiliary enterprise of the University of Missouri and is expected to generate all revenues for station operations. Its operations and investments in broadcast technology are funded entirely by advertising and retransmission revenues. The station receives no funding from the university or state.

A complete list of the 2019 Regional Edward R. Murrow Awards winners can be found on the RTDNA website.