Columbia, Mo. (May 2, 2016) — The Radio and Television Digital News Association has awarded KBIA-FM five prestigious Edward R. Murrow Awards for its work as a small-market radio station in region 5. These awards recognize the best electronic journalism produced by radio, television and online news organizations around the world. 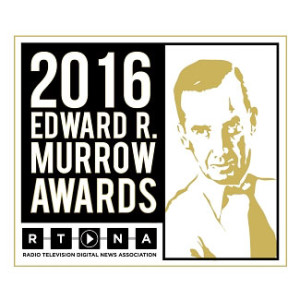 There are 13 categories in each regional competition. KBIA’s region includes Iowa, Kansas, Nebraska and Missouri. The entries in these five categories will go on to the national competition against the winning entries from other regions. Those winners will be announced in June.

KBIA won a national Edward R. Murrow award in 2015 for Feature Reporting, and another national award in 2014 for Best Website.