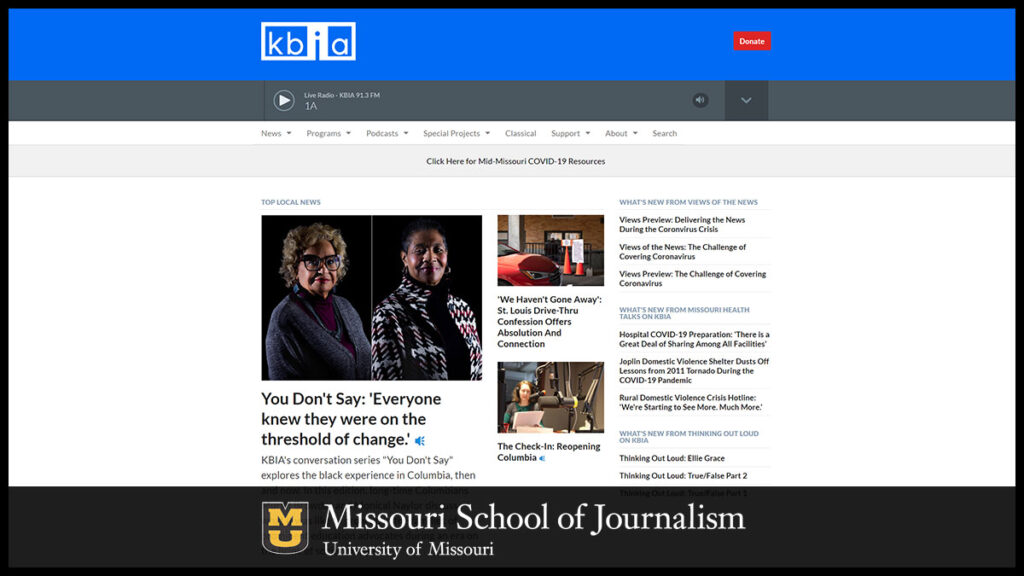 Columbia, Mo. (May 12, 2020) — The Radio and Television Digital News Association has awarded KBIA-FM eight prestigious Edward R. Murrow Awards for its work as a small-market radio station in Region 5. These awards recognize the best electronic journalism produced by radio, television and online news organizations around the world.

It is the second most wins for any small market radio station in the country in 2020, and the third most KBIA has won in a single year. KBIA has won 34 regional Murrows in the last 4 years.

“Winning a regional Murrow Award is a thrill and a career highlight for any broadcast journalist, so the fact that students are winning them before graduation is really remarkable,” KBIA News Director Ryan Famuliner said. “In 7 of the 8 winning entries, student journalists were either the primary reporters or involved in meaningful ways in the content that was submitted.”

There are 17 categories in each regional competition. KBIA competed against small-market radio and television stations in Region 5: Iowa, Kansas, Nebraska and Missouri. Regional winners automatically advance to the national Edward R. Murrow Awards competition, which will be judged in June.

A complete list of the 2020 Regional Edward R. Murrow Awards winners can be found on the RTDNA website.