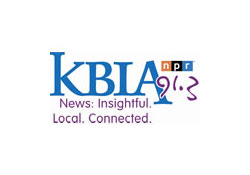 The Murrow Awards honor outstanding achievements in electronic journalism. KBIA is a National Public Radio member station and is owned and operated by the Missouri School of Journalism.

The station received the regional award for Best Series for the second year in a row. This series feautured Pierce City, a southwest Missouri town ravaged by tornadoes. The story focused on how Pierce City citizens coped with the disaster and rebuilt from the rubble. Graduate student reporter Aaron Kessler of Atlantic City, N.J., volunteer reporter Dena Sloan of Millburn, N.J., prospective journalism student August Skamenca of Denver, Colo., and news director Catherine Welch contributed to the series about the Pierce City clean up.

Student reporter Kyle Palmer won an individual award in the Sports Features category for a story on the hype surrounding Missouri Tiger quarterback Brad Smith. Palmer, a broadcast news major from Independence, Mo., is one of ten University of Missouri juniors selected for early membership into the Alpha chapter of Phi Beta Kappa.

The KBIA newsroom is one of the professional media labs operated by the Missouri School of Journalism, and KBIA annually is ranked as one of the nation’s leading public radio stations.

RTNDA has been honoring outstanding achievements in electronic journalism with the Edward R. Murrow awards since 1971.