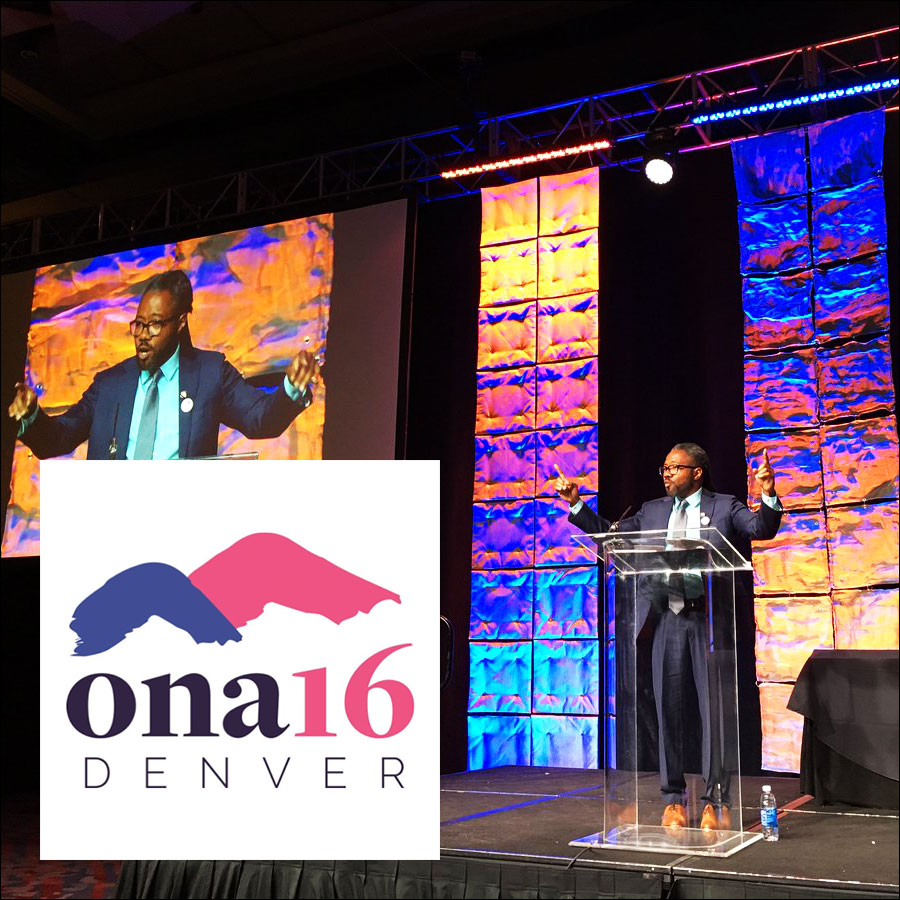 NPR’s Al Letson, emcee of the awards banquet, opens the 2016 Online Journalism Awards with a poignant speech on the unifying power of journalism.

Columbia, Mo. (Nov. 7, 2016) — For the second consecutive year, stories produced by KBIA-FM were recognized by the Online News Association at its annual conference. The NPR-member station won the General Excellence in Online Journalism award in the small market category in 2015. This year, KBIA was one of five finalists in the same category, which included the winner, The Texas Tribune, and De Correspondent, The Intercept and The Trace.

KBIA, mid-Missouri’s NPR-member station, is a learning lab for Missouri journalism students who produce stories with audio, video and text for the website while also producing traditional radio newscasts. KBIA has won five national Edward R. Murrow Awards since 2006. In addition, the station has won the regional Murrow award for best small market radio news website the last four years in a row.

The award entry incorporated one-time special reports, such as An Uncertain Road: Life After Premature Birth and Mizzou at a Crossroads, a special report on past and present racial issues at the University of Missouri. The submission also showcased the station’s ongoing work such as the interactive community storytelling map Here Say and Access Missouri, an easy-to-use search tool that regularly aggregates information about Missouri legislation and legislators.

The general excellence award that KBIA submitted its entry for “honors a digitally focused news organization that successfully fulfills its editorial mission, effectively serves its audience, maximizes the use of digital tools and platforms and represents the highest journalistic standards,” according to the Online News Association website.

Entries were judged on quality of journalism, a superb user experience and the use of social tools and other digital media to reach, inform and engage audiences.