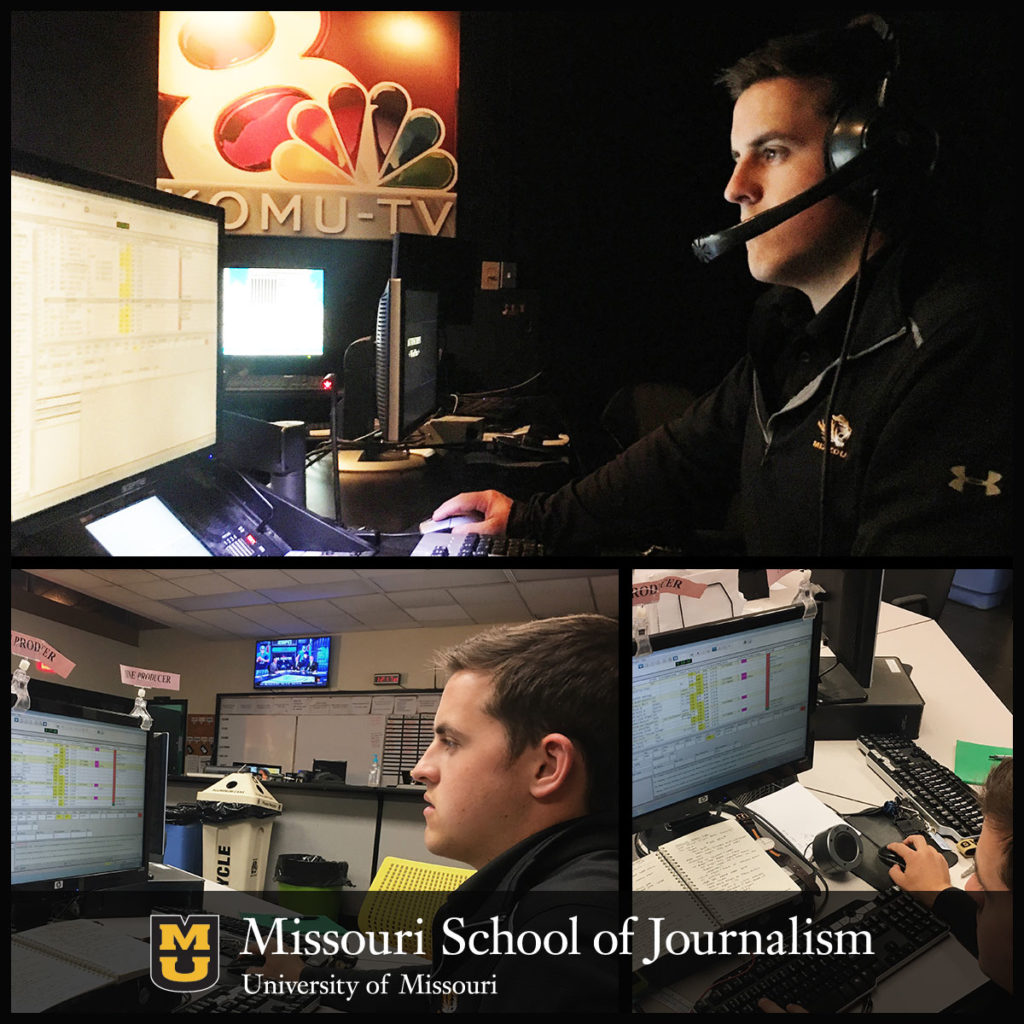 Columbia, Mo. (Dec. 16, 2016) — While other University of Missouri students are tucking in for the night at 11 p.m., sophomore radio-television producing student Mike Carlson rolls into KOMU-TV to work on the station’s morning show as a student producer. Carlson individually sought out opportunities at KOMU and has been working at the station since the first week of his freshman year. His most recent undertaking, producing the morning show every Monday, has him working as part of a team to crank out a two-and-a-half-hour show between the hours of 11 p.m. and 7 a.m. He is learning to use the CNN and NBC-shared video portal to choose the most relevant stories for the show, arrange them by importance and write the script for the teleprompter.

Taking ownership of his education, Carlson keeps a detailed notebook of past mistakes and reminders to himself to reference it while he produces the show. “I turned 20 a week ago and to say I was producing an NBC show before age 20 is like giving a new driver the keys to a new Ferrari and saying, ‘Don’t crash it,'” Carlson says. “The end goal is to be the producer for a major network. If you have the 50,000-foot view, then it makes grasping the fact that I’m pulling an all-nighter happen with a smile on my face.” Photo by Jillian Mullin.