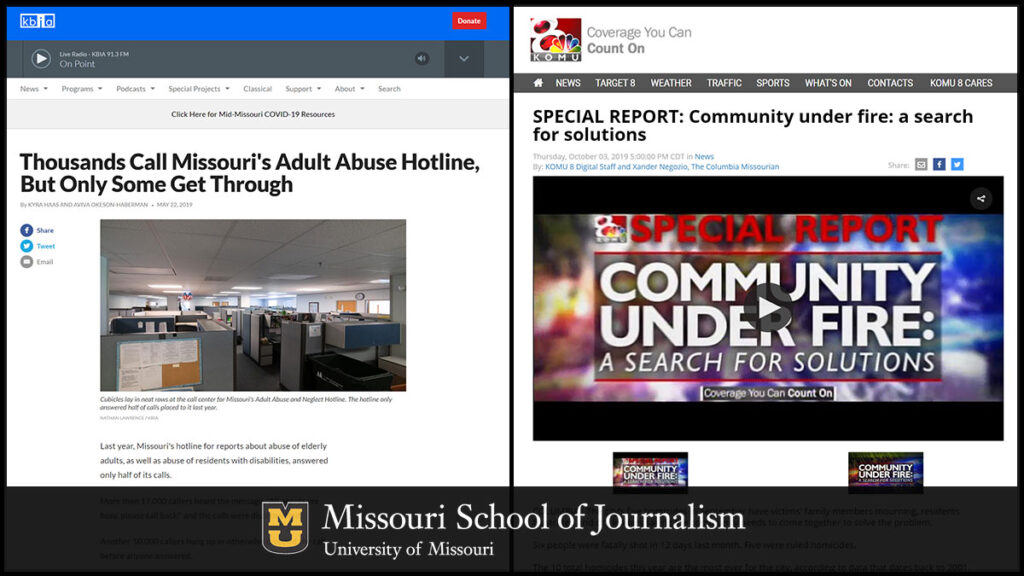 The Missouri Broadcasters Association honored KOMU-TV, a working lab for J-School students, with five first-place awards. Both KOMU and KBIA-FM received a total of seven certificates of merit.

Columbia, Mo. (April 22, 2020) — KOMU-TV was honored with five first-place awards from the Missouri Broadcasters Association on April 21. In addition, both KOMU and KBIA-FM received a total of seven certificates of merit. MBA posted the results online since its convention and awards banquet in June was cancelled due to the COVID-19 pandemic.

“Later this summer, under hopefully a new normal, we will travel the state and deliver all of the awards to each of the stations in person,” said Mark Gordon, president and CEO of MBA.