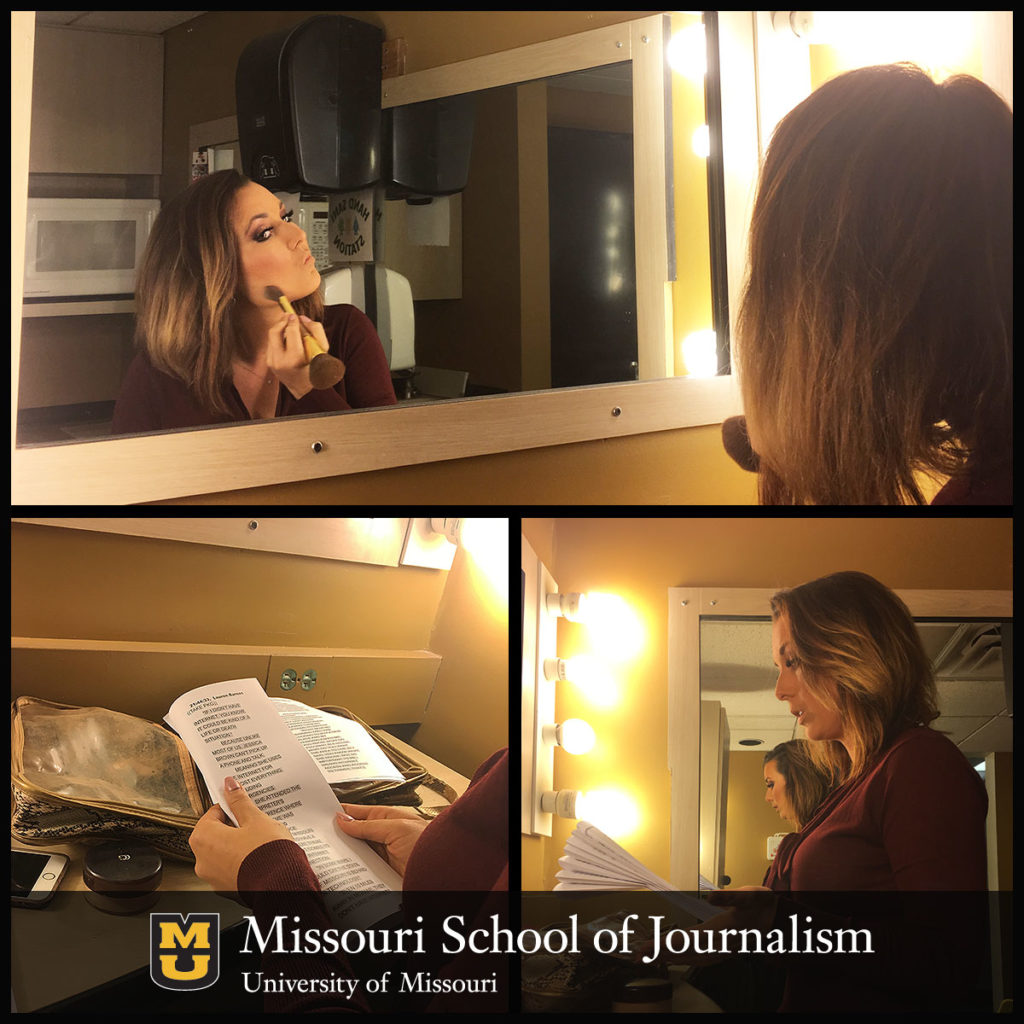 Columbia, Mo. (Dec. 15, 2016) — Radio-television journalism senior Lauren Barnas finishes her makeup and practices her script before going live on KOMU-TV for an October newscast. Barnas anchors and films stories for the Target 8 investigative team. The team is part of an advanced broadcast reporting class taught by Assistant Professor Jamie Greber that focuses on watchdog, crime and consumer-interest reporting techniques.

Barnas first became interested in investigative stories because she believes they can have an impact on people’s lives. Barnas also has daily news shifts where she uses what she’s learned from investigative reporting to become a more skillful reporter. “Being able to recognize there are multiple sides to an issue helps me convey the complexity of a story,” Barnas says. Photo by JoEllen Grohs.