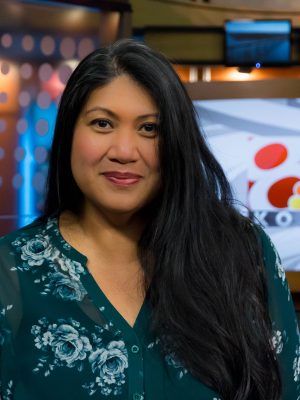 JEIMMIE NEVALGA, BJ ’00, has more than 10 years of experience producing traditional and non-traditional newscasts. She began her career at WISN 12, the ABC affiliate in Milwaukee as a producer for their two-hour morning show. Later Nevalga served as the producer for the 6 p.m. evening news. In 2005 she made the jump to Chicago, her hometown, where she worked as producer and executive producer for CLTV, a 24-hour local cable news station. The change in news format allowed Nevalga the opportunity to produce extended coverage of major news events, including eight hours of coverage during the 2008 presidential election. In 2009, she was instrumental in the merger of CLTV with its sister station WGN, where she served as senior producer.