The Winners Represent the Best in Student Journalism

Columbia, Mo. (April 4, 2016) — The published work of Vox Magazine students has won seven Society of Professional Journalists Region 7 Mark of Excellence awards. The competition is sponsored by the SPJ for the best in student journalism. SPJ Region 7 includes Iowa, Kansas, Missouri and Nebraska.

The honorees will be recognized on April 16 during the regional spring conference held at in Kansas City. First-place regional winners advance to the national round of judging, which is ongoing. National winners will be announced in mid-May. 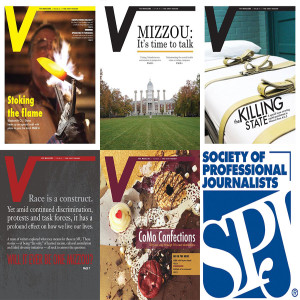 The Region 7 Mark of Excellence award-winning articles and photography are: