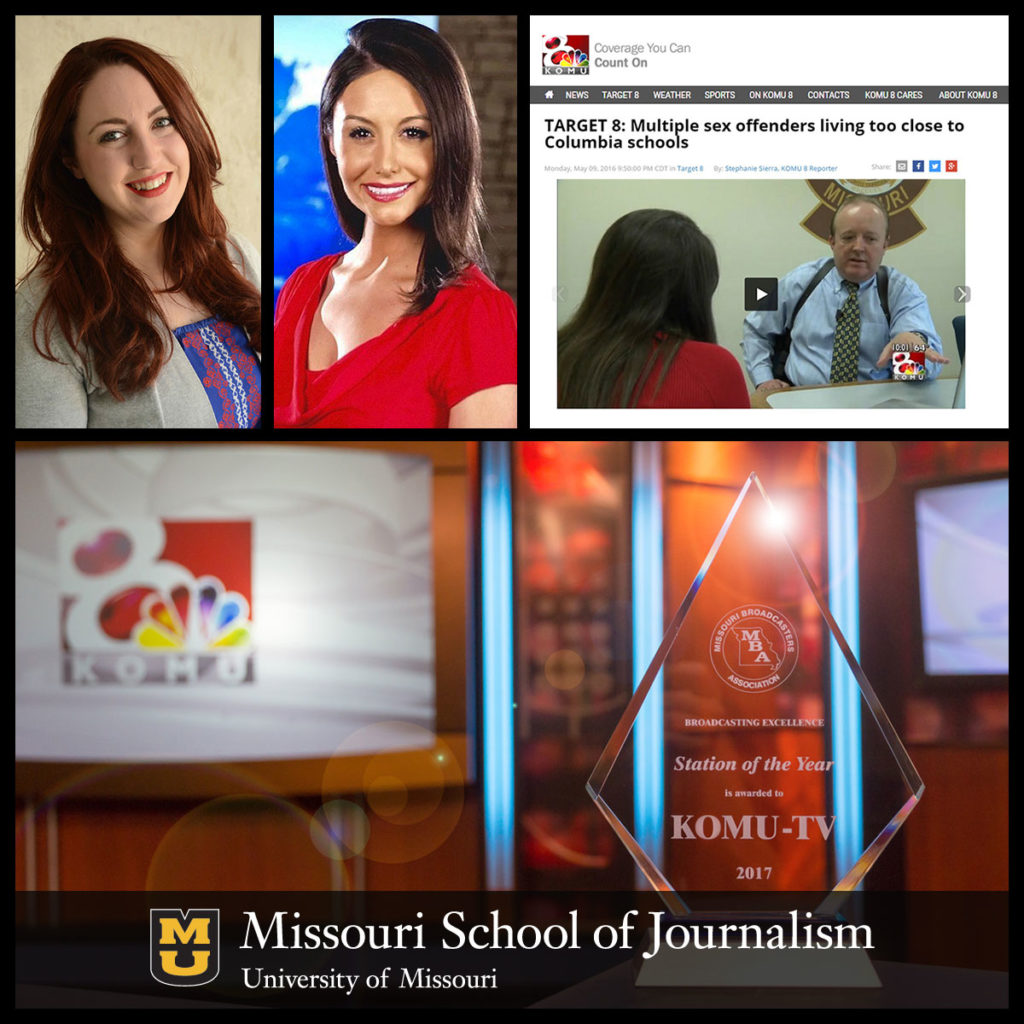 In honoring KOMU-TV 8 with its top prize, the Missouri Broadcasters Association cited the station for its Target 8 investigations, such as its story on Columbia-area sex offenders living too close to public schools in violation of Missouri statutes. Target 8 Chief Investigator Jamie Greber (top left) and alumna Stephanie Sierra, BJ ’16, worked together at KOMU to produce the story; Sierra now works for ABC-affiliate KRDO-TV in Colorado Springs, Colorado, as a weekday reporter and weekend anchor.

“It is very gratifying to have our work recognized on a statewide level, above larger stations in St. Louis, Kansas City and Springfield. This award means so much to us because KOMU does not receive the benefit of a large broadcast group or guidance from corporate staff. This award is a testament to the fine work that everyone inside our building contributes every day to our news, community service and academic missions,” said General Manager Marty Siddall.

Some hallmarks of KOMU’s commitment to quality journalism, community service and industry leadership include:

Serving as a working laboratory for broadcast journalism students at the School, KOMU is the only major-network affiliate in the United States that serves both an academic and commercial mission.

KOMU-TV 8 is an auxiliary enterprise of the University of Missouri and generates all revenue from station operations; its investments in broadcast technology were funded entirely via advertising and retransmission revenues. KOMU receives no funding from the university or state.