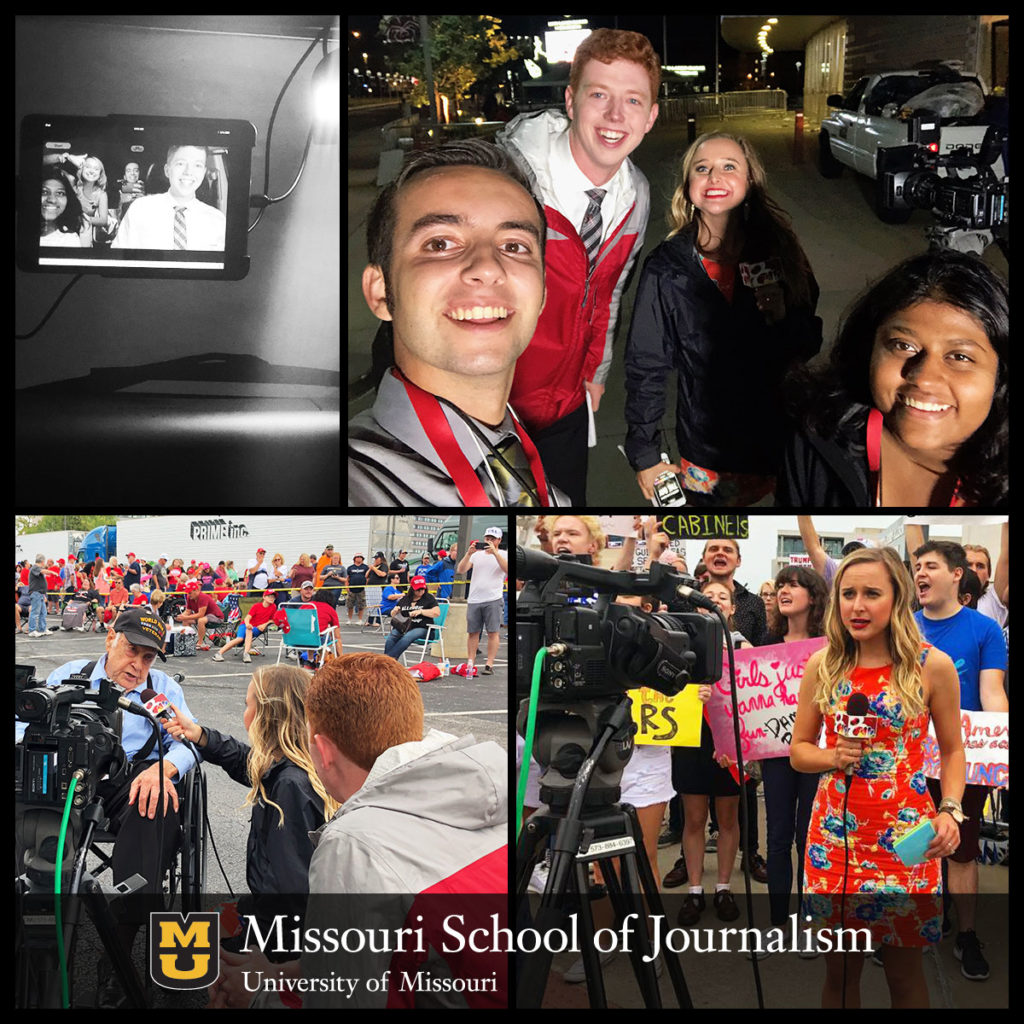 It was a full day of reporting and being on the road. But she loved the experience of reporting on a President Trump event for the second time in her college career at the Missouri School of Journalism.

Mackay and three of her colleagues from the NBC affiliate – Jacob Cavaiani, Eric Graves and Hannah Thomas – recently traveled from Columbia to Springfield to report on a Trump rally for Missouri Attorney General Josh Hawley, who is running against incumbent Claire McCaskill for U.S. Senate.

“We try to reward some of our best students with opportunities like this,” says Randy Reeves, KOMU news director. “All four students had shown both a great deal of interest in and a pretty high level of expertise in covering politics.”

The event provided the students opportunities to hone their skills in a new, high-pressure environment as they reported from the rally and outside where crowds of protestors and supporters gathered.

The students arrived hours before the rally began to drop off their equipment in the arena, which they couldn’t access again until 3 p.m. This required plenty of pre-planning and two sets of equipment, so they could get all the coverage they needed, says Cavaiani, a junior.

While they waited for the rally to start, they interviewed folks outside. Mackay says the main lesson for her was continually reminding herself to get equal coverage of people.

“If we were talking to supporters, we also had to show protestors,” she says.

Graves, a senior, says this was the first time he had covered an event of this size, so he was not quite prepared for how much noise and activity would be going on around him in the arena. While wanting to capture the audience’s reactions, he says, his biggest challenge was not to get too distracted by it.

“I couldn’t get lost in all of the excitement from the audience,” he says. “I had to stay focused on my job. I had to zone back in.”