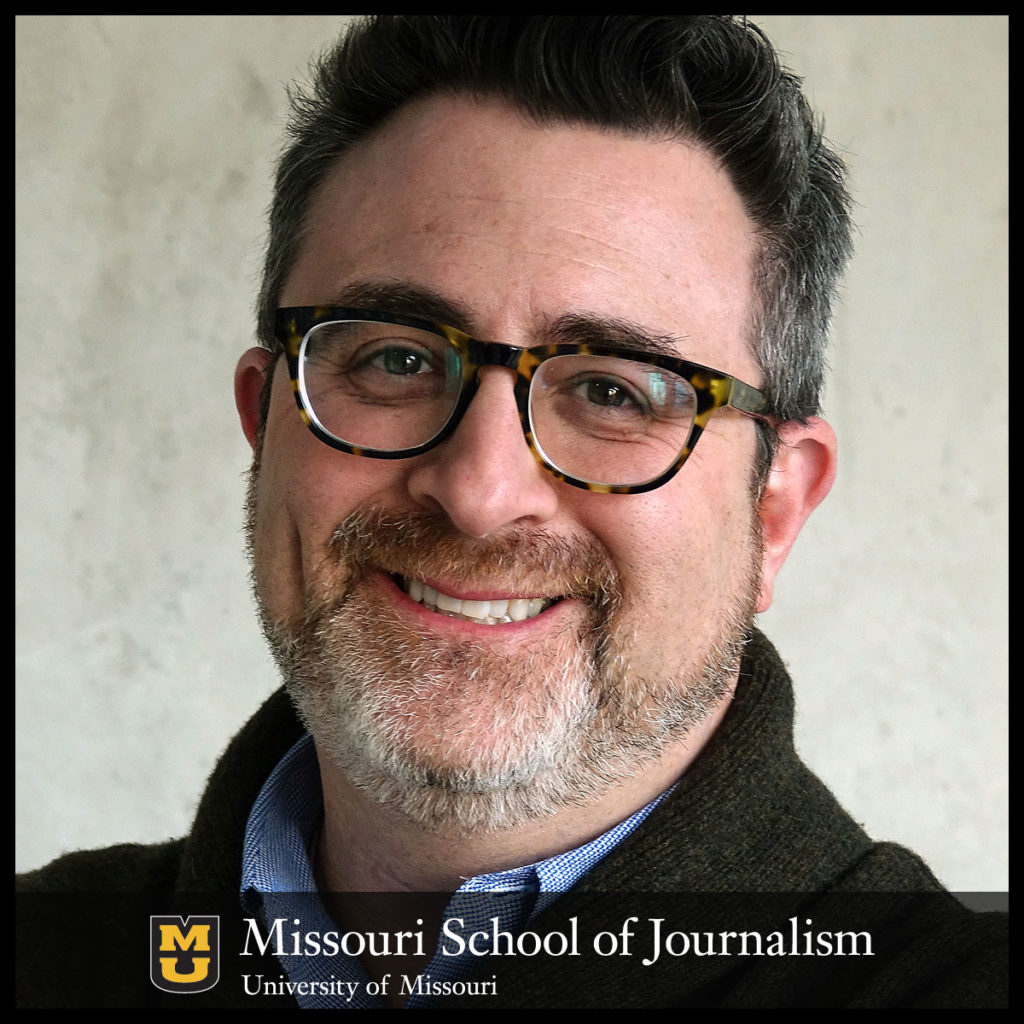 Columbia, Mo. (Feb. 2, 2018) — The Missouri School of Journalism’s Donald W. Reynolds Journalism Institute has created a new program that will explore drones and other journalism opportunities in the sky. Judd Slivka, assistant professor of convergence journalism, has been named its first director of aerial journalism.

“This new position will examine the different facets of this emerging area,” says Randy Picht, executive director of RJI. “Drones are just the beginning and we want to lead the way to help journalists understand and utilize the various technologies and issues to tell their stories. Judd is the perfect pilot for this effort.”

Slivka teaches mobile journalism, including drone training, at the Missouri School of Journalism and serves on the graduate faculty.

“We’re looking to move the drone journalism program forward, beyond the basic how-to-fly-a-drone,” says Slivka. “We won’t just limit ourselves to drones. There are opportunities with satellite images and things we haven’t yet thought of. The space above our heads is vast and we’re just beginning to understand the opportunities and challenges.”

The roots of the school’s drone journalism program began with Bill Allen, assistant teaching professor emeritus, who began teaching Civilian Drone Issues: Applications and Flight back in 2012. Rick Shaw, former director of RJI’s Pictures of the Year International program, sat in on one of Allen’s classes and would later co-teach the course with Allen. In 2015, Shaw completed safety and instructor certifications for drones, and later bought and operated RJI’s first drone. Both Allen and Shaw recently retired.

“The beauty of drone journalism – with both visual and non-visual data – is that most any news organization can do this, even the small ones,” says Slivka. “While a helicopter might cost a TV station $1,000 an hour, operating a drone can cost less than a couple of dollars an hour.”

This spring, Slivka is teaching an Emerging Technology class that includes 28 students, two police officers, faculty and staff. The first eight weeks include classroom instruction on the basics of drone safety: rules, regulations and aviation practices. During the second eight weeks, students will operate drones in a faculty-controlled environment while studying ethics, storytelling, privacy issues and technical challenges. Students who complete the first eight weeks will be better prepared to take the FAA Section 107 test for their remote pilot certification.

Next year Slivka hopes to find ways to resolve many of the issues the new, fast-developing technology is bringing to the forefront: controlling drone traffic at news scenes; protecting First Amendment and airspace rights while using drones for news coverage; and creating a culture of safe, responsible drone operators in the media.