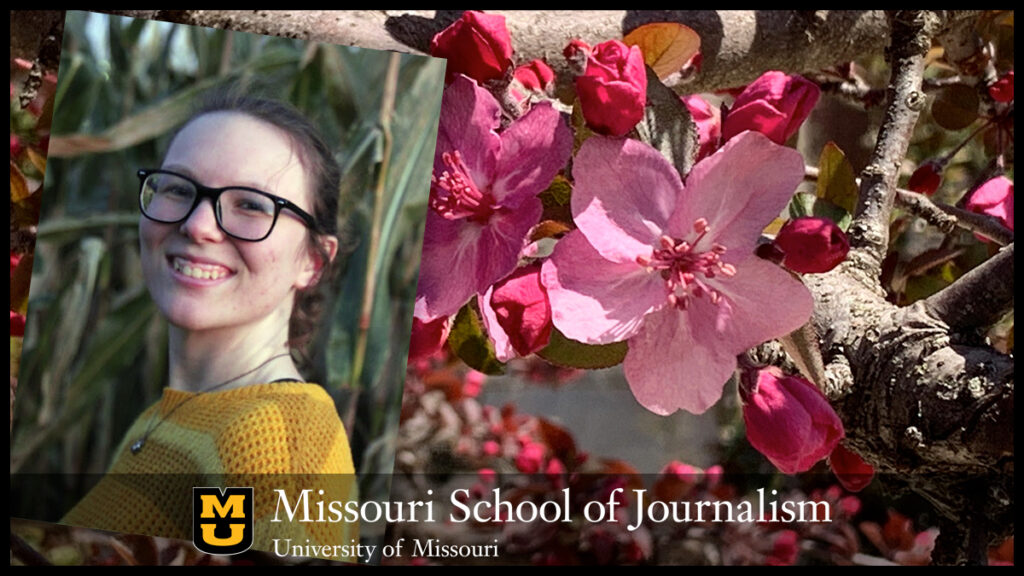 Columbia, Mo. (May 5, 2021) — Missouri School of Journalism junior Skylar Laird is a 2021 recipient of the $2,000 Jerry Heaster Scholarship in Business Journalism. She is studying journalism with an emphasis in print and digital news reporting.

Jerry Heaster was an award-winning business editor and columnist at The Kansas City Star. The Jerry Heaster Scholarship at the Missouri School of Journalism was created after his death in 2012 by colleagues, friends and family to encourage students to enter business journalism.

Business journalism was new to Laird when she came to Mizzou and wasn’t something she was initially interested in, she said. She originally had her heart set on magazine journalism.  Professor Randall Smith, who was the instructor of her beginning news reporting class, recommended she take his class, The Art and Mechanics of the Business Story this spring. It was during that time that Laird realized just how all-encompassing business journalism can be and she realized much of the reporting she was already doing in J-School newsrooms was connected to or touched business in some way.

“My favorite part of business journalism is that it’s a part of everything,” Laird wrote in her application. “From government to healthcare to entertainment to sports, nearly every stop has a business angle to it. I like the freedom that comes with covering a beat with so many different facets. Something one of the speakers from Bloomberg said really stuck with me as well. The goal of business journalism is to hold capitalism accountable. I like the idea of being able to act as a watchdog for corporations and capitalism as a whole.”

During her J-School career she has written for the Missouri Business Alert, a digital newsroom that publishes top state business news, where she’s covered local business. She’s reported on local government on the public life beat for the Columbia Missourian, a digital first community newsroom that also serves as a hands-on training newsroom for students at the J-School.  Laird is currently the assistant city editor at the Missourian. She’s also written for the School’s monthly Vox Magazine and St. Louis Magazine. She will be interning at The Kansas City Star this summer as a reporter and will be covering business news.

“Skylar is an outstanding journalist and student,” said Smith, who also worked with Heaster when Smith was a business editor at the Star. “I’ve known her since her freshman year when I taught her J2100 class. Since that time, she has grown. Her work at the Missourian and Missouri Business Alert has been outstanding. Jerry Heaster would be proud to have someone with Skylar’s many talents receive this award.”

Smith, who is also the Donald W. Reynolds Endowed Chair in Business Journalism, made the scholarship announcement. He is on the selection committee, along with Heaster’s daughter, Hope, and Mike Waller, former editor of The Kansas City Star.