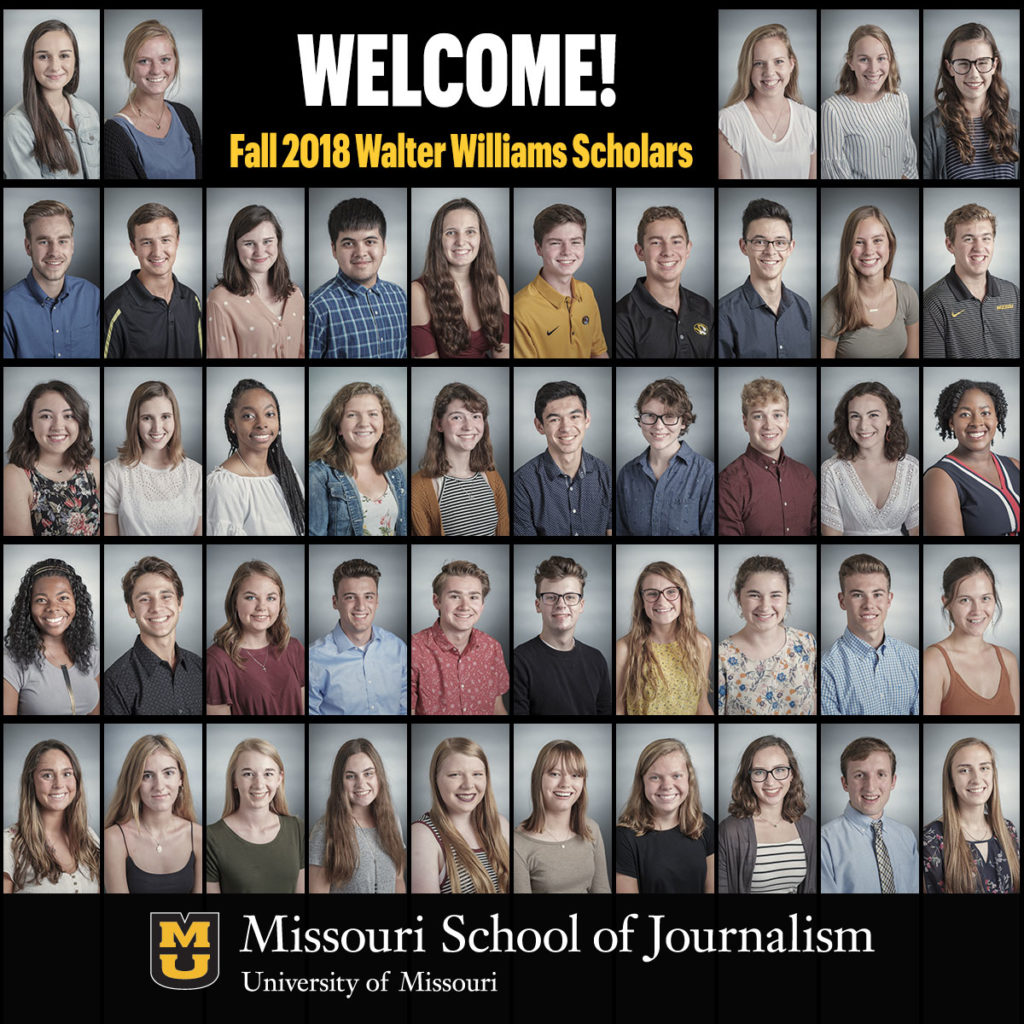 Now in its 15th year, the Walter Williams Scholars program has helped 771 students capitalize on their potential to become “the best of the best” in journalism and strategic communication. (Not pictured: Joe Butler, Michael Fitzpatrick, Lianna Kowalke, Hannah Sherrow and Allie Widick.)

To be considered for the Walter Williams Scholars program, candidates must be incoming freshman with a score of 33 or higher on the ACT. This class of Walter Williams Scholars holds a variety of journalistic experience, with nine students who served as the editor of their high school newspaper or magazine. Many students lettered in sports and/or were captains of their teams, two were president of student government, and three are Eagle Scouts.

Some academic accomplishments from the group as a whole include:

“We are delighted that these outstanding students chose Mizzou,” said Associate Dean Emeritus Brian Brooks. “They represent the best of our nation’s future journalists and strategic communicators.”

The Walter Williams Scholars Program, named for the School’s founding dean, accepts freshmen by invitation only. Once on campus, students receive renewable scholarship funds directly from the School of Journalism, are placed in a special Freshman Interest Group, are assigned a personal faculty mentor, receive a $1,000 scholarship to study abroad or in the School’s programs in New York City and Washington, D.C., at any time before graduation, and automatic admission to the one-year BJ/MA program, which allows students to complete their graduate degrees in one year rather than two.

The program, designed for high-achieving University of Missouri freshmen studying journalism, is now in its 15th year. To date, 771 students have participated in this program.

The Fall 2018 class of Walter Williams Scholars is: