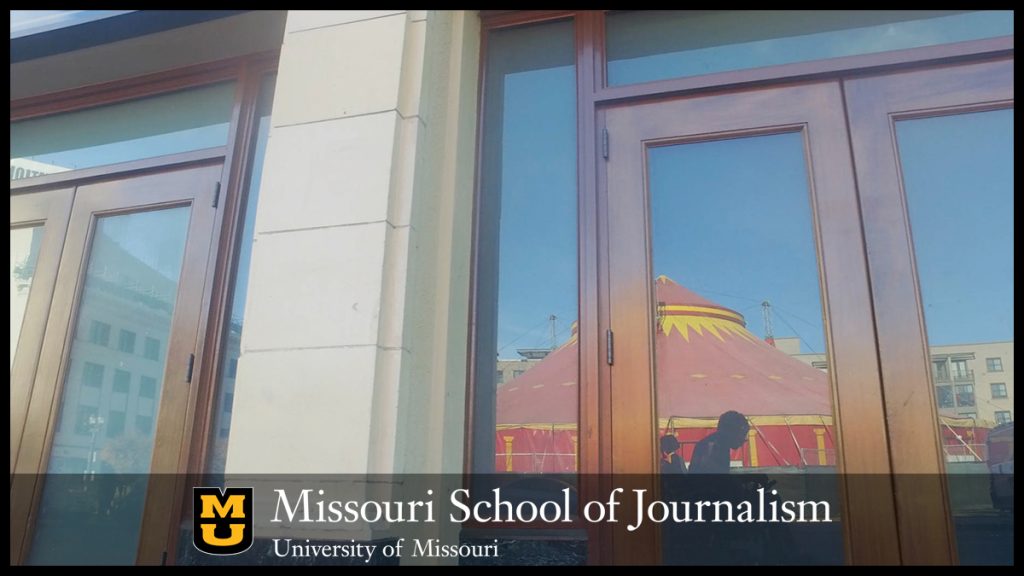 A still from Reid Davenport’s I Didn’t See You There, one of the films
featured in the upcoming “Based on a True Story” conference.

Hosted by the Missouri School of Journalism and the Reynolds Journalism Institute, the conference’s 10th anniversary will feature acclaimed filmmakers and film industry experts

Columbia, Mo. (Feb. 17, 2022) — The Based on a True Story (BOATS) conference, a three-day lineup of conversations and workshops with documentary filmmakers in the lead-up to the True/False film festival, is returning next month from March 2-4. After a hiatus last year due to the pandemic, this year’s 10th anniversary events will once again be held in person at Ragtag Cinema and the Reynolds Journalism Institute’s Smith Forum.

“BOATS isn’t just a conference about the intersection of documentary and journalism, it’s a space for us to have innovative and exciting conversations with filmmakers and other industry professionals that can go well beyond a festival Q&A or a standard panel,” said Robert Greene, filmmaker-in-chief at the Murray Center for Documentary Journalism at the Missouri School of Journalism. “I’m so proud of the work we’ve done for years with our program and I’m beyond excited that we’re back.”

BOATS will kick off on Wednesday, March 2, at 7 p.m. with the screening of a series of short films from Reid Davenport, whose award-winning documentary I Didn’t See You There will screen as part of True/False. After the screenings, Davenport will have an in-person conversation about his films with New York-based film critic Eric Hynes. The event is only the first in a series of conversations and workshops featuring working filmmakers and other players in the industry.

“This is a great chance for filmmakers and other people coming to town for True/False to get together and discuss the current topics in documentary filmmaking,” said Stacey Woelfel, director of the Murray Center.

The roster of events, including a virtual reality demonstration with filmmaker Joe Hunting, is the result of a partnership between the School of Journalism’s documentary film program, True/False, and Ragtag Film Society. The conference began in 2012 as an effort to build on the success of the film festival and bring high-profile names in the documentary film industry to town for lively workshops and discussions.

The events are free and open to the public, but the organizers encourage participation from documentary film students.

“We want to make this really exciting for the students, especially those who want to make documentaries,” said Brad Prager, a professor of Film Studies in the College of Arts and Science. “It’s been amazing to bring in people who are actively doing documentary film work — and the critics whose work we are reading all the time — for in-depth conversations.”

For more information, visit the BOATS website here. The full schedule of events is below.

Reid Davenport’s I Didn’t See You There, which won the directing award in Sundance Film Festival’s 2022 US Documentary competition, is a revealing and thoughtful account of the difference between being looked at and being seen. As a disabled filmmaker, Davenport provides viewers with a window into his perspective on daily life, on taking public transportation, and on the newly erected circus tent in his neighborhood, which mostly reminds him of the disturbing and ignoble history of freak shows. Join us for an in-person conversation with the director about the evolution of his work, centered on a screening and discussion of his short films, including a mockumentary, a film that explores lawsuits under the ADA, and an acclaimed film about his waning love affair with baseball and with the New York Yankees in particular.

The conversation is moderated by film critic and curator Eric Hynes and includes screenings ofGarden Variety, A Cerebral Game, and Ramped Up.

This conversation is in partnership with NBC Universal and its ​​Original Voices Fellowship, presented by NBCU Academy and NBC News Studios and is moderated by Jeanelle Augustin, Manager of Film Fellowships and Artist Development at NBC Universal.

Join us for a conversation about Elizabeth and Gulistan Mirzaei’s remarkable film which was recently nominated for an Academy Award for Best Documentary Short Subject, and which won the Jury Award for Best Short at Full Frame. The documentary was filmed during the years prior to the US withdrawal from Afghanistan in 2021, and it centers on Shaista, a young man displaced from his home along with his wife Benazir and many members of their family. Shaista dreams of being the first from his tribe to join the Afghan National Army. The moving portrait offers an intimate view of life in Afghanistan, a standpoint little seen and discussed in the United States. BOATS is honored to host an in-person conversation with the film’s directors.

The conversation is moderated by Slate senior editor Sam Adams and includes a screening of Three Songs for Benazir.

Joe Hunting’s New Film We Met in Virtual Reality, which recently premiered in Sundance Film Festival’s World Cinema Documentary Competition, follows the lives of real life couples who met in VR during the pandemic. Hunting’s innovative film draws us into the new medium, using it to tell its fascinating and contemporary story. Join BOATS to discover how exactly Hunting and his subjects made the film, how they tangled and crossed the lines that separate VR from documentary film, encouraging audience members and filmmakers to think in new ways about the form.

The conversation is moderated by Vox film critic Alissa Wilkinson

3:15-4:30 p.m.: Holding Documentary Film Accountable: The True, the False, and Everything Else

How truthful do documentaries need to be? Need they be fact-based and to whom should they be accountable? In collaboration with the Center for Media & Social Impact (CMSI) this panel explores, discusses, and elaborates on the CMSI’s controversial 2021 report (“The State of Journalism on the Documentary Filmmaking Scene”), which deals with truth, documentaries, and the importance of fact-checking. This BOATS panel features the report’s authors and voices from both sides of this issue. Participants in this conversation include Patricia Aufderheide and Marissa Woods, authors of the CMSI report, filmmaker, programmer and journalist Kristal Sotomayor and filmmaker Kevin Shaw (America to Me).

The conversation is moderated by film programmer and researcher at MIT’s Open Documentary Lab, Abby Sun.

Robert Greene, Monica Phinney (the drama therapist who collaborated with him on Procession) and Eliane Raheb (the director of the True/False film Miguel’s War) will engage in what’s sure to be a lively discussion about theatricality, role playing and how staging scenes can help us find deeper truths in documentary film. Phinney will then lead the audience in a demonstration of how drama therapy actually works.

This conversation is moderated by writer and film curator Pamela Cohn.