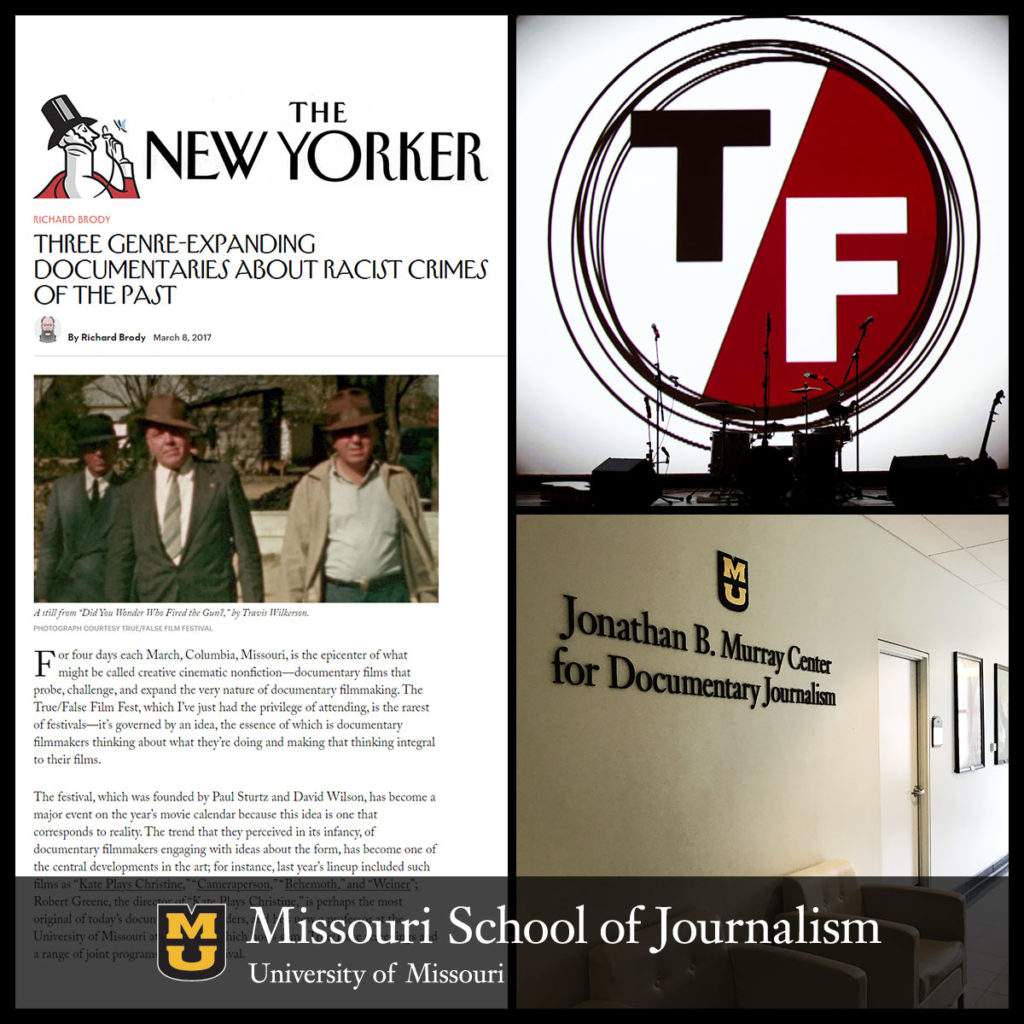 Columbia, Mo. (March 29, 2017) — The New Yorker magazine film critic Richard Brody highlights documentary journalism professor Robert Greene and the Based on a True Story program at the University of Missouri in his March 8 story about the 2017 True/False Film Festival.

In the article, “Three Genre-Expanding Documentaries About Racist Crimes of the Past,” Brody calls Greene “perhaps the most original of today’s documentary-expanders.” The BOATS seminar, which studies the emerging areas of intersections between journalism and contemporary forms of documentary filmmaking, provided filmmakers the opportunity to discuss personal style, the ethics and the politics of their approach to their subjects and their participants.

The Jonathan B. Murray Center for Documentary Journalism at the Missouri School of Journalism was launched in 2104 with a $6.7 million gift from its alumnus namesake. [More]