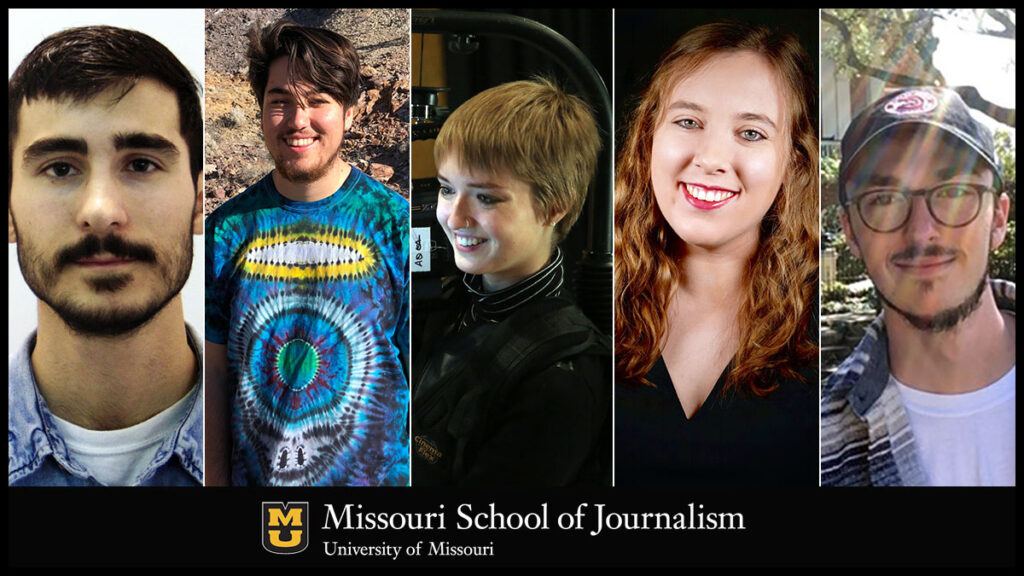 The four prize-winning films will play next year in the Museum of the Moving Image’s First Look Film Festival in New York City.

Columbia, Mo. (May 18, 2020) — Two graduate and two undergraduate documentary journalism students received awards at the fourth annual Stronger Than Fiction Film Festival over the weekend. The festival is a showcase of the work of students graduating from the Jonathan B. Murray Center for Documentary Journalism at the Missouri School of Journalism. The films shown are the capstone projects of the students, produced in their final year in the program. The festival is normally held at the historic Missouri Theatre on the Mizzou campus, but was moved online this year due to the COVID-19 outbreak.

An expert jury of documentary professionals chooses the award winners each year. Serving on the 2020 jury were: Lana Wilson, a documentary filmmaker whose latest film Miss Americana, a profile of pop star Taylor Swift, is now playing on Netflix, Bennett Elliott, a documentary producer whose latest film, Us Kids, a look at the activism of the survivors of the Parkland, Florida school shooting, premiered at this year’s Sundance Film Festival and Eric Hynes, a critic and film writer who is the curator of film at the Museum of the Moving Image in New York.

“It’s exciting to see a jury of documentary professional review our students’ films and find them of high merit,” said Stacey Woelfel, professor and director of the Murray Center. “All of the students – including the ones who don’t receive awards – get validation from having individuals at this high level in the documentary world judge the work they have done as worthy of audience attention.”

The jury awarded four prizes to the students and made one honorable mention.

For the honorable mention, the jury cited cinematic innovation in the making of Compagnon de ma calamite, directed by senior Nick Corder. The film transcends the projected medium, encouraging viewers to experience the story in the way we would on our phones.

The first of the four jury awards was for Best Nonfiction Collaboration, which went to senior Danny Stayton for his film Tecopa Lost. The film inhabits the Mojave Desert town of Tecopa, California to enlist a cast of odd characters to describe their unique dwelling place.

The Jury Award for Best Editing went to senior Megan Liz Smith for her film Diary of a Teeage Zealot. Smith created the film out of home movies and video diaries chronicling her move away from the Assemblies of God church in which she was raised and the impact that move had on her family.

The Jury Award for Best Director went to graduate student Sarah Sabatke for her film Thoughts and Prayers. Sabatke uses the film to capture the events around the 20th anniversary of the school shooting at Columbine High School in Colorado, enlisting journalists who covered the event and family members left behind to reflect on how American reacts to these shootings two decades after the one that put this dark phenomenon on the map.

Finally, the Jury Award for Best Film went to Natchez from graduate student Daniel Christian. The film centers on Natchez, Mississippi, a town known for its antebellum history and follows two African-American men trying to carve out a place for their history to reach visitors to the town.

As a result of winning one of the four main prizes, the films will play next year in the Museum of the Moving Image’s First Look Film Festival in New York City.