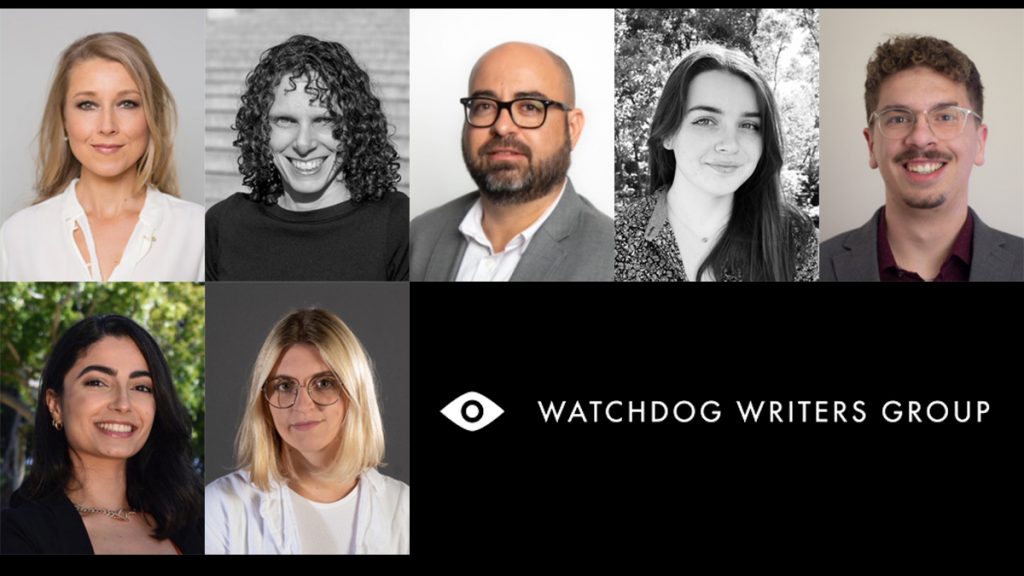 Authors and students will produce books and articles on the industrial and cultural degradation of the American prairie; the rising incarceration rate among women; and the FBI’s infiltration of Black Lives Matter protests in the Midwest

The Missouri School of Journalism’s Reynolds Journalism Institute (RJI) has selected its second class of authors to receive its Watchdog Writers Group (WWG) fellowship, a $50,000 annual stipend that will allow the journalists to write a book while mentoring a student reporter at the university.

“WWG fellows have the opportunity to contribute stellar writing to their respective fields while offering students the benefit of hands-on experience in everything that goes into the process of creating a book,” said Randy Picht, executive director of RJI. “It will be a privilege to follow these newest fellows and their students on their creative journeys.”

The new fellows are Sarah Smarsh, a Kansas-based journalist, author and National Book Award finalist; and Alisa Roth, a contributor to Marketplace, NPR and other outlets, who specializes in mental health, criminal justice and other social policy issues. Investigative reporter Trevor Aaronson, who covers law enforcement issues for The Intercept, has received the $10,000 book proposal development grant to further his reporting on law enforcement’s response to Black Lives Matter protests.

Smarsh is writing a book that builds on her award-winning reporting and writing about class issues and inequality in the Midwest. Her new book will explore North America’s most endangered ecosystem, the tallgrass prairie, examining the ways in which industry, policy and culture have nearly destroyed that vital landscape—as well as the little-known movement to save it from extinction.

Roth is working on a book that will combine new research and deep narrative reporting to investigate the accelerating crisis of women in American jails and prisons. Her book will expose the policies and practices driving up female incarceration rates in many parts of the country, how that increase affects women caught in the system and their families, and what this tells us about the criminal justice system, women’s rights and social safety nets today.

Aaronson will develop a book proposal that builds on his groundbreaking reporting at The Intercept. He is researching the FBI’s secret infiltration and subversion of racial justice activist groups and the broader Black Lives Matter movement.

Also this year, the program is welcoming back returning fellows Shoshana Walter, Michael Grunwald and Mya Frazier, who are writing books about the big business of drug rehab clinics, the effect of agriculture on climate change, and the power of America’s credit rating agencies, respectively.

“We are thrilled to welcome this new class of fellows who are tackling some of the most important and difficult social issues of our time,” said Christopher Leonard, director of the WWG. “These authors are doing exactly the kind of reporting that is so vital, but all too scarce these days: Deep, fair and squarely in the public interest.”

Watchdog Writers Group fellows partner with Missouri School of Journalism students who help them report on the topics of their book, while also producing an original investigative story that will be published in a partner media outlet.

Roth will work with Teghan Simonton, a graduate student at the University of Missouri studying investigative reporting. Simonton is a research assistant in data services for Investigative Reporters & Editors, and most recently interned on the investigations team at the Las Vegas Review-Journal. Before grad school, she was a staff reporter at the Pittsburgh Tribune-Review, and interned on the investigations team at USA Today and at The Chronicle of Higher Education.

Smarsh will work with Mavis Chan, a journalism student originally from Hong Kong who is focused on print and digital journalism. Chan has covered higher education, state legislatures and community events for The Columbia Missourian and ARLnow, an online newspaper in Arlington, Virginia.

Aaronson will work with Eli Hoff, whose award-winning work has extended from college campuses to Capitol Hill and appeared in The Columbia Missourian, Jefferson City News Tribune, SB Nation and more.

Frazier will work with students Claudia Rivera-Cotto and Beatrice Bankauskaite. Rivera-Cotto is a graduate student studying data and investigative reporting. She previously interned at the Public Broadcasting Corporation and the Center for Investigative Journalism in Puerto Rico. Bankauskaite is a Fulbright grantee and a graduate student at the University of Missouri studying documentary and photojournalism.

The Watchdog Writers Group, established in 2019, has a dual mission: to financially support authors as they write a deeply reported nonfiction book in the public interest, while simultaneously training the next generation of young reporters. In June 2020, the program received a $1.1 million, three-year grant from the 11th Hour Project, the grant-making arm of The Schmidt Family Foundation. The WWG also receives generous support from the William T. Kemper Foundation and the Ewing Marion Kauffman Foundation, both based in Kansas City, Missouri.

More details about WWG can be found at watchdogwritersgroup.com.