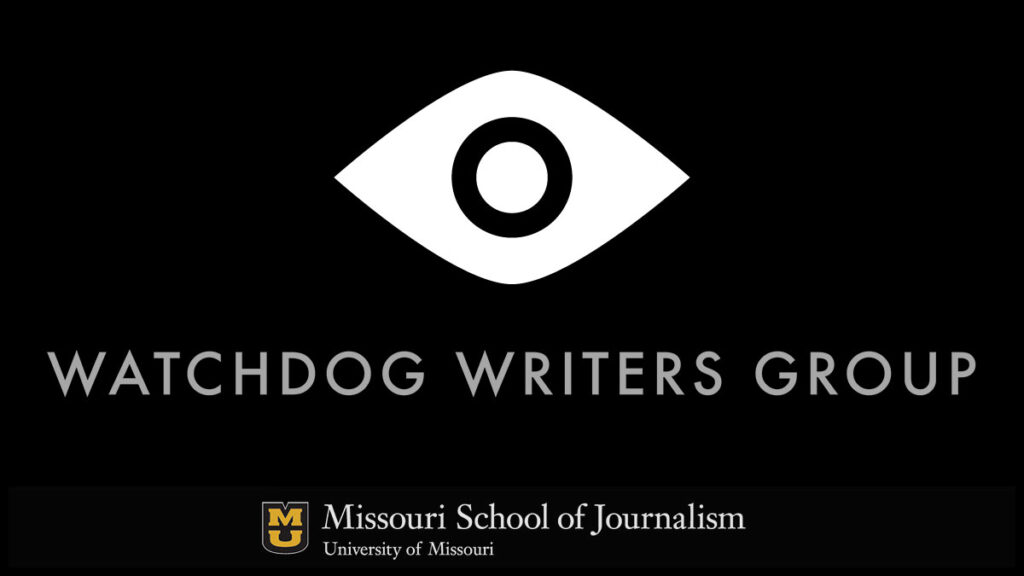 Columbia, Mo. (June 25, 2020) — Watchdog Writers Group, a Missouri School of Journalism fellowship program, has received a three-year, $1.1. million grant from The Schmidt Family Foundation/The 11th Hour Project to support the group’s investigative reporting fellowship and training lab. This is the second grant WWG has received from The 11th Hour Project since the program was established in 2019.

WWG plans to announce its first fellows in August. The fellows will be established journalists who are covering topics that are increasingly neglected by overstressed and coastal-centric media outlets.

“We are thrilled with The 11th Hour Project’s ongoing support for WWG,” said David Kurpius, dean of the Missouri Journalism School. “The commitment to furthering the educational opportunities for our students while at the same time providing resources for investigative journalists to tell stories on important social issues is exciting.”

WWG provides an annual stipend to authors as they work on a book that focuses on vitally-important social issues. Additionally, Missouri School of Journalism students work directly with the authors through graduate assistantships or as part of their coursework. In the spirit of the School’s ‘Missouri Method,’ students will get hands-on experience in the techniques, methods and ethics of investigative journalism. During their year-long participation, each student will also produce an in-depth investigation of their own that will be published in partner media outlets.

“High-quality journalism has always played an important role in our democracy, and now, more than ever, it’s a critical ingredient for informed public and policy decision-making,” said Wendy Schmidt, president and co-founder of The Schmidt Family Foundation. “Programs like WWG advance critical investigative journalism on underreported issues and invest in the next generation of journalists.”

The WWG program provides a unique opportunity for Missouri students to work in-depth with some of the best investigative reporters in the business, said Mark Horvit, associate professor at the Missouri School of Journalism and director of the State Government Reporting Program. “The authors will also benefit from our students’ skills, from data analysis to using the latest tools to find sources and uncover hidden information.”

According to Christopher Leonard, WWG’s executive director and author of the recent New York Times bestselling book, “Kochland: The Secret History of Koch Industries and Corporate Power in America,” the grant will make WWG a hub for investigative reporting and training.

“By supporting this kind of journalism in the middle of the country, where the newsgathering business has been disproportionately hurt during the industry’s decade-long downturn, this grant helps ensure that the best practices of American journalism survive and are passed on to the newsrooms and reporters of tomorrow,” Leonard said. “This is just the beginning for the WWG. Our long-term plan is to produce the type of deep dive, investigative work that the marketplace doesn’t support any more.”

The 11th Hour Project is the grant-making arm of The Schmidt Family Foundation, founded by Eric and Wendy Schmidt in 2006, which supports organizations and solutions that build resilient energy and food systems and protect human rights. The foundation also supports independent journalism at universities and publications around the country.

The WWG is housed at the Missouri School of Journalism’s Donald W. Reynolds Journalism Institute. RJI works with the news industry, professors, students and others to make sure journalism has a long and bright future. As a “think-and-do” tank that opened its doors in 2008, RJI uses its guaranteed funding to work exclusively to strengthen journalism in the service of democracy.

“RJI is happy to help the WWG give local journalists a path to take their deep, regular reporting and expertise in a topic to the next level,” said Randy Picht, RJI’s executive director. “We know these books can make a difference in a community, a country or the whole world.”

You can support the work of the Watchdog Writers Group by visiting Mizzou Give Direct.

More details about WWG can be found at rjionline.org/wwg.