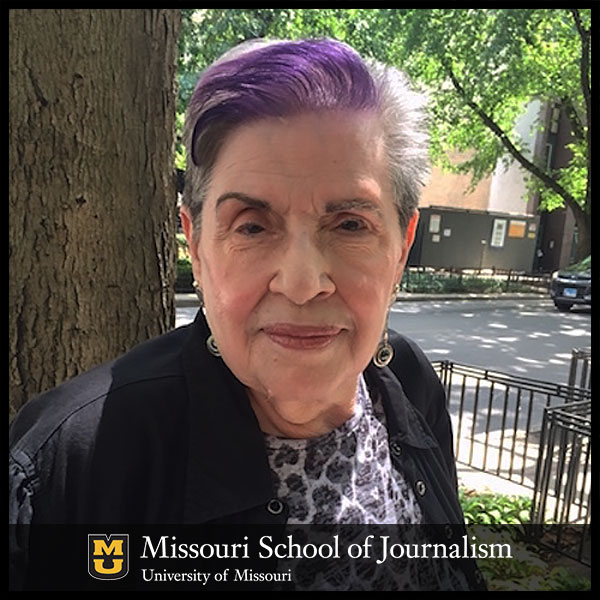 What do you do? I’m the editor and publisher of a Chicago arts and culture website founded in 2016 by a group of writers. As part of our “meet the staff” series, this profile/interview with me was recently posted. How did you get your job? A group of writers was working for another website (gapersblock.com) … Continued

Roy Reed, BJ ’51 and MA ’54, died Dec. 10, 2017. Reed was a reporter for the Arkansas Gazette and New York Times. He covered the civil-rights movement in the 1960s, shadowing the Rev. Martin Luther King Jr. and witnessing the “Bloody Sunday” melee when police and a posse beat black marchers with clubs and … Continued

William “Bill” Shores, BJ ’51, of Greenwood, Indiana, died on Aug. 8, 2016. He served in the United States Navy and retired from a long career with the Indianapolis Star Newspaper.

Former National Geographic Editor Bill Garrett, BJ ’54, died Aug. 13, 2016. He published the famous “Afghan girl” photo and expanded the magazine’s use of photojournalism and visual storytelling. A 36-year veteran of the publication’s staff, Garrett was the magazine’s seventh editor and served during the 1980s. The magazine’s current director of photography, University of … Continued

Edward L. Steele, BJ ’50, died May 14, 2016, in Corvallis, Oregon. He started his career as a member of the southwestern territorial advertising staff at Sears Roebuck and Company in Dallas and a year later, was named advertising manager for the Sears retail store in San Angelo, Texas. Steele then was employed by Nevada … Continued

Allan Paro, BJ ’54, died July 29, 2015, in Woodbridge, Virginia. From February 1954 to July 1956, Paro served in the United States Army. His primary assignment was as a commercial radio broadcast officer, which led 1st Lt. Paro to serve as the manager of the Armed Forces Radio Station in Berlin, Germany. His experience … Continued

Sue Ann Poor, BJ ’52, died March 10, 2016, in St. Louis. She joined the St. Louis Globe-Democrat in 1955 and was one of the first women general-news reporters. After 29 years with the Globe-Democrat, Poor joined the Post-Dispatch, where her duties included six years as the Reader’s Advocate in the Sunday editions. She retired … Continued